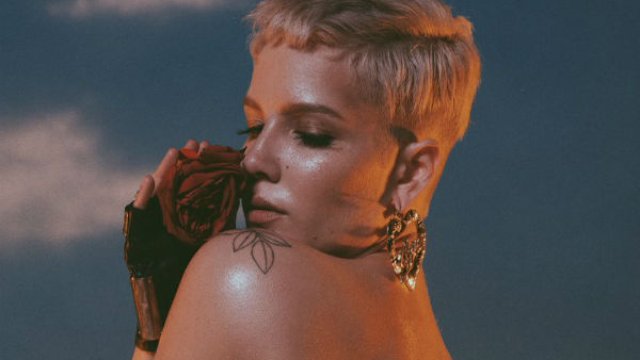 Mark your calendars, Hopeless Fountain Kingdom is on its way.

Halsey's follow up to 2015's Badlands has had fans on the edge of their seats for quite some time now. Hals has been leaving social media breadcrumbs for all her loyal fans, and things have finally come to a head as the singer confirms a release date for the record.

After months of teasing little details and dropping new aesthetics, Halsey can officially confirm the release date for her next album, Hopeless Fountain Kingdom.

the album,
hopeless fountain kingdom
drops on this day. thank you. pic.twitter.com/46XCdaQMaJ

6.2.17 are the depicted numbers on the tarot cards, a fact which Halsey confirmed in a later tweet.

Fans can officially mark their calendars for a June 2nd release.

Now that Halsey has announced the date, a pre-order is sure to follow.
Thematically, Halsey has been exploring the tale of Romeo and Juliet, seemingly linking imagery and other clues across multiple platforms. The singer appears to be telling a tragic tale of fate and love, drawing inspiration from Shakespeare's most famous play.

It seems that Halsey has created two "houses of..." similar to the houses of Capulet and Montague pic.twitter.com/8wz2PmoIOE

Some fans have also reported receiving Romeo and Juliet quotes in the mail, leading many to believe the singer herself has sent out messages to fans.

Fans have been getting Romeo & Juliet quotes mailed to their addresses. I wonder who's doing it? pic.twitter.com/Sz6UCgLS6h

Three Twitter accounts connected to the album and its themes have popped up, adding even more mystery to what is looking to be an elaborate concept album.

he who hath love for what he find,
must seek the fruit of a curious mind.

im a child of a money hungry, prideful country. grass is green and it's always sunny...

It's also been noted that HFK has been in the works since Badlands, as a reference to the record appears in the Badlands acknowledgments.

it was there this whole damn time #hfk #HopelessFountainKingdom @halsey pic.twitter.com/M9BGxbiAeC

Halsey is believed to have more fan surprises up her sleeve, so we may yet learn even more about the album before its June 2nd release date.