Halsey Reveals How 'Hopeless Fountain Kingdom' Songs Are All Linked 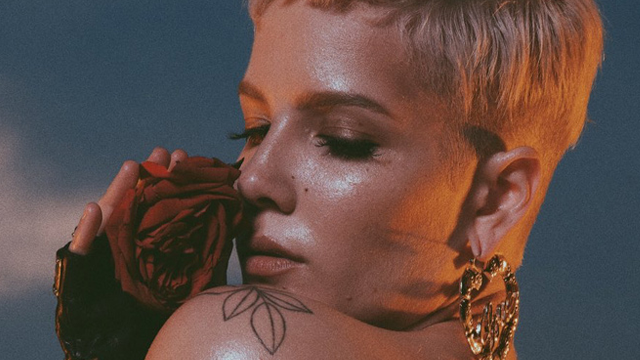 I hope hopeless is just a state of mind.

If you’re anything like us, you’ve probably had Hopeless Fountain Kingdom on rotation ever since it dropped. But as any Halsey fan knows, everything on surface level is not what it seems, and those bops that have been going round in your mind ever since release day have deeper meanings, if you know where to look.

Thankfully for us, Halsey has been tweeting the hidden meanings since the release and liking tweets of eagle eyed fans who are spotting links between lyrics on Hopeless Fountain Kingdom and other songs (including from her first release Badlands) making it easy(er) for us to decode everything.

There's a lot more & you'll discover them as time goes on, but there are pieces in every song. No matter what changes. Its all the same.

So put on your best investigative trench and magnifying glass and let’s dive in to Halsey and her fans' eagle eyed sleuths!

For a start: the album title itself. Turns out Halsey was referencing the Hopeless Fountain Kingdom title way back when…

Castle: "they've got the Kingdom locked up."

The story surrounding the central characters of Hopeless Fountain Kingdom (Luna and Solis), was referenced on ‘Colors’.

you were RED (sun) and you liked me cause i was BLUE (night/moon:3) you touched me, and suddenly i was a lilac SKY

Their narrative is also indirectly referenced throughout the album lyrics, giving more backstory to the ‘Romeo and Juliet’ type doomed love story.

Luna is the moon, and the Sun is trying to make her different. "Flew too close to the sun" got too attached to the Sun (Solis). https://t.co/ToYCXIlgJm

This is probably the easiest track to interpret: a prologue to Shakespeare’s ‘Romeo and Juliet’, which Halsey has said many times influenced the characters of Luna and Solis, and the story of Hopeless Fountain Kingdom.

Haunting: "I've got a boyfriend now and he's made of gold"
100 Letters: "king Midas put his hands on me again (...) he could make me golden.

is there somewhere: "youre writing lines about me, romantic poetry"

is there somewhere: you're writing lines about me romantic poetry
100 letters: you wrote 100 letters just for me

Ghost: I can't find you in the body sleeping next to me

Eyes Closed: now if I keep my eyes closed, he looks just like you

"oh you turning red" - lie
crimson headache, aching blush -heaven in hiding DID I FIND SOMETHING

Young God: I know you wanna go to heaven

Heaven In Hiding: Don't you see what you're finding? This is heaven in hiding

Gasoline: "pointing fingers cause you'll never take the blame, like me."
Alone: "I can never say 'Sorry' cause I won't take the blame."

@halsey castle: "saying that I probably shouldn't be so mean"
sorry: "don't realize how mean I can be"

Coming Down: "every single night pray the sun (son) will rise."
Good Mourning: "sun is coming up oh why....."

100 letters: "I'm not something to butter up and taste when you get bored"
Lie: "I watch you devour, mistake me for bread."

Lie: "your mouth make a hurricane"

@halsey girl y do your songs promote such unhealthy relationships. like dang, why u romantising songs like walls could talk?? ur fans r yung

The album is top to bottom about me removing myself from a toxic relationship to find love within myself. https://t.co/6xuTXD3KUa

That's why in other songs, I demonstrate leaving. "I don't let him touch me anymore." Singing abt something that happened isnt romanticizing

what about on the back of the badlands booklet "the boy who lives behind bricks. hfk" xx

Is it the same relationship being talked about in ‘Strangers’, ‘Alone' and ‘Bad At Love’…?

@halsey Now or Never: "never pick up never call me"
Strangers: "she doesn't call me on the phone anymore"

Ghost: "I'm searching for something that I can't reach"
Devil in me: "and I went tumbling down trying to reach your height"

strange love: that's the beauty of a secret, you know you're supposed to keep it
hopeless: the truth hurts, but secrets kill
MY HEAD HURTS

Finally: how about the hidden message on the vinyl edition of the album…

The vinyl says "I hope hopeless is just a state of mind" #HopelessFountainKingdom pic.twitter.com/PVJwcidaQb