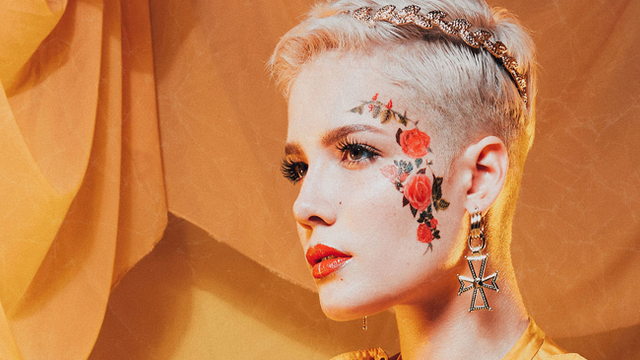 By the looks of it, Halsey's Hopeless Fountain Kingdom World Tour is going to be EPIC and it sounds f*cking spectacular but fans have been complaining about the high ticket prices for the VIP packages so much that Halsey herself has been forced to lower the face value of the premium tickets.

Halsey, who has made it a priority to fight for low tickets prices, is charging an average of 50$ - with some as low at 30$ - for a standard seating ticket (bargain!) but if you want to get in on the extra special experience Halsey has planned, you're going to have to fork out A LOT more. Some fans complained about the the cost for the top tier VIP packages - which are rumoured to be priced around $450.

Actual gif of me seeing Halsey's tour dates and then seeing the prices pic.twitter.com/JkNkKcv2CT

okay but halsey ticket prices are kinda insane like she charger more than harry styles i'm ...

While others understood the logistics and had her back while praising her for having low standard prices anyway.

ok listen, Halsey tries her best to give us the best possible ticket prices. VIP prices just reflect how amazing the show itself will be.

In the end, Halsey listened to her fans and ended up actually lowering the prices of the VIP tickets.

But not before she took the time to DM with a fan who was concerned about the cost of the "experience". 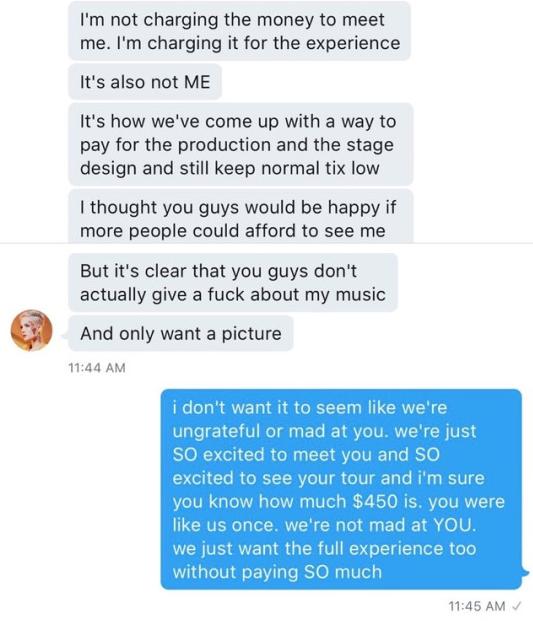 What do you think? Do you think the ticket prices are ridiculously overpriced for her young fans? Or do you see where Halsey is coming from, from a production perspective?