Halsey Finally Reveals The True Meaning Behind Her Name 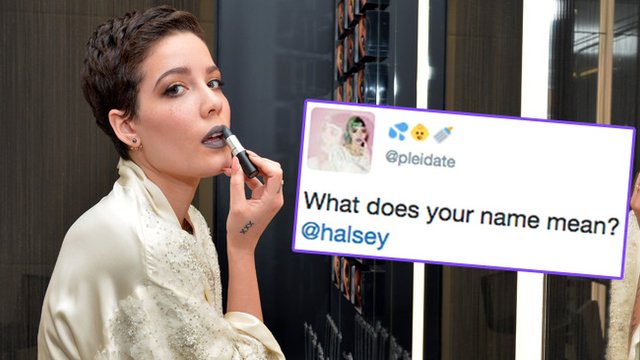 Halsey has revealed the real meaning behind her famous stage name to fans and it was not what we were expecting...

The Badlands singer, real name Ashely Frangipane, took to Twitter to answer a fan's question regarding the name 'Halsey' and if there was any significant meaning behind it.

And Ashley, of course, was more than happy to fill them in...

Although a few fans were pretty confused by this explanation...

@halsey @pleidate did you make that up or

But don't worry, Halsey cleared everything up to avoid all confusion.

it is. im just playin. makin fun of myself. doin the most. etc. https://t.co/lrUfDIiRqU

So there ya go then.

Fun fact - Halsey was also the name of a street Ashley grew up on in Brooklyn as a teenager. The more you know...

Anyway, keep doing the most Halsey - we love you for it!

Halsey's second album The Kingdom is expected to drop in 2017.