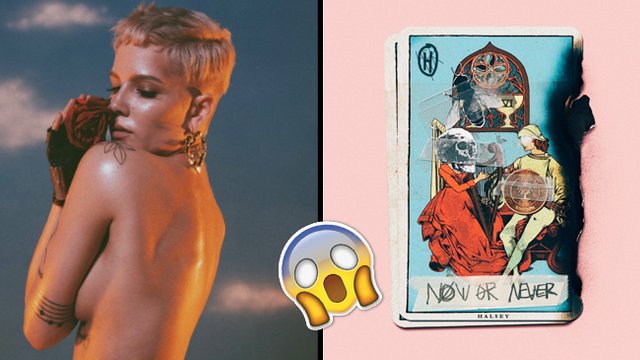 THIS IS NOT A DRILL! NEW HALSEY MUSIC HAS ARRIVED!

It's finally happened. Halsey has just released her new single and we're having a breakdown SOMEBODY HELP US!!! The new song is called "Now Or Never" and it's the lead single from her new album Hopeless Fountain Kingdom. Listen to 'Now Or Never' below:

Ashley has been teasing new music for awhile now. Last week she posted a mysterious link to a website called 'Find Me In The Kingdom'.

The page led to a bright yellow landing page with different locations, which turned out to be a treasure map to find USB sticks (lol) each containing a piece of the artwork for the new album.

thank you for putting the pieces together. always for you, nothing without you. hopeless fountain kingdom 6.2.17 pic.twitter.com/1IUKjlGEA4

After that, Halsey confirmed that the new single 'Now or Never' would be dropping on Tuesday (4 April).

The PopBuzz Podcast is back! Listen to our interview with Noah Cyrus below and subscribe to the podcast on iTunes.