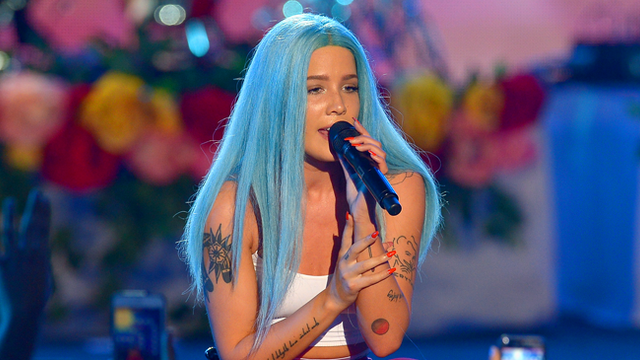 #HalseyIsOverParty started trending and things got a bit wild.

#HalseyIsOverParty started trending on Twitter yesterday (June 22) after Halsey got called out for comments she made during an interview with The Guardian about Quavo from Migos and Iggy Azalea.

It all started when Halsey spoke about Quavo, the featured artist on her HFK album track 'Lie', where she described him as "misunderstood". (She also called Iggy Azalea "a f*cking moron" but more on that later...)

For all those who aren't in the know, Quavo had previously made homophobic comments in interviews that he has now apologised for and defended himself by using his collaboration with Frank Ocean as "proof". He was also recently caught up in an alleged issue regarding Drag Queens during Katy Perry's SNL performance.

Many fans were pissed at Halsey for seemingly defending Quavo, particularly when she herself is an outspoken member of the LGBTQ+ community. Soon after, the hashtag #HalseyIsOverParty trended worldwide on Twitter.

Halsey: Iggy is a moron for those homophobic tweets.

Oh but didn't you just trying to write letters for the LGBT but defended a homophobic artist pick a side pick a side sis #halseyisoverparty https://t.co/xLiuHbx2CY

Halsey later responded to the backlash that the article and her comments were receiving by clarifying the quote about Quavo.

Honestly? I didn't know that Quavo had made homophobic comments when I collaborated him. We've never spoken a word to each other and +

+ I have no intention of pursuing a friendship there, unless he wants to make a legitimate apology.

She went even further in her clarification by speaking about social consciousness and educating people who aren't as informed as they should be in general.

I work tirelessly to represent & support marginalized communities I love & am a part of. I'm sorry if my actions have ever seemed otherwise.

I only meant to say that people can struggle being socially conscious if they don't have the information/vocabulary. So we must educate them

And I'm proud to watch the young people around me work hard to educate themselves and others to stay woke every day.

Again, I am truly sorry for my misjudgement and I am happy to have listeners who hold me accountable.

So there you have it. She also responded briefly to the outrage toward her comments regarding Iggy and her "disregard for black culture" but later deleted the tweet.