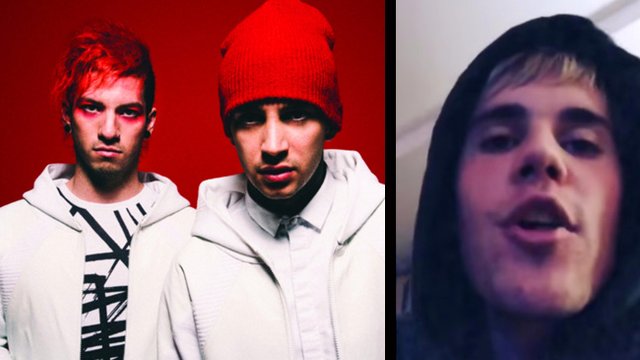 Is Justin part of the clique now?

In news which might delight and disgust the clique in equal measure, Justin Bieber has outed himself as a Twenty One Pilots fan.

Over the weekend on his Instagram account, Justin filmed himself watching a TOP performance of 'Heathens', commenting at the start of the video that the band were "so sick". We couldn't agree more, Justin.

Biebz then followed that up with a second video declaring "Twenty One Pilots are dope and that was a dope performance. Good job guys." LOL! You can watch Bieber having a TOP moment below.

It's not actually the first time Justin has shown his appreciation for the band. At a Q&A session, Justin was asked about his favourite song and he replied 'Heathens' (after forgetting the name of the song at first!).

Perhaps the feeling is mutual? After all, Tyler and Josh did cover "Love Yourself" on tour last year.

Is Bieber part of the clique now? Could a collab be on the cards? Would of any of you even want that to happen? We'll let you argue it out in the comments.