Meghan Trainor, otherwise known as MegHun (affectionately as 'The Hun' in the PopBuzz office), is a pop star people either love or love to hate.

She came to prominence with "All About That Bass". To the disappointment of drum & bass fans, MegHun had written a doo-wop inspired pop masterpiece that would sell millions and catapult her to the top of the charts. Not bad for a demo that got turned down by a string of pop stars, including Beyoncé. Where is she now, huh?

That should have been it for MegHun. Everything about "All About The Bass" screamed one hit wonder; the tokenistic lyrics, the bubblegum video, the pure speed at which the song reached mass saturation point. But The Hun is strong. Very strong.

There were more hit singles, a smooch with Charlie Puth on stage and a win for Best New Artist at the Grammy's last year. Not too shabby.

Now she's back with album number 2, Thank You. The lead single, "No", channels the golden era of early-noughties pop when pop stars were either celibate or had curry noodles for hair. The follow up track "Watch Me Do" is probably her best song to date, so when we got invited to a roundtable brunch with other journalists (and the promise of free food), we obviously said yes. Bitch gotta eat, ya dig?

We met in a very posh hotel. You can tell it was posh because there were sculptures in the hallway involving people in needlessly complicated sexual positions. 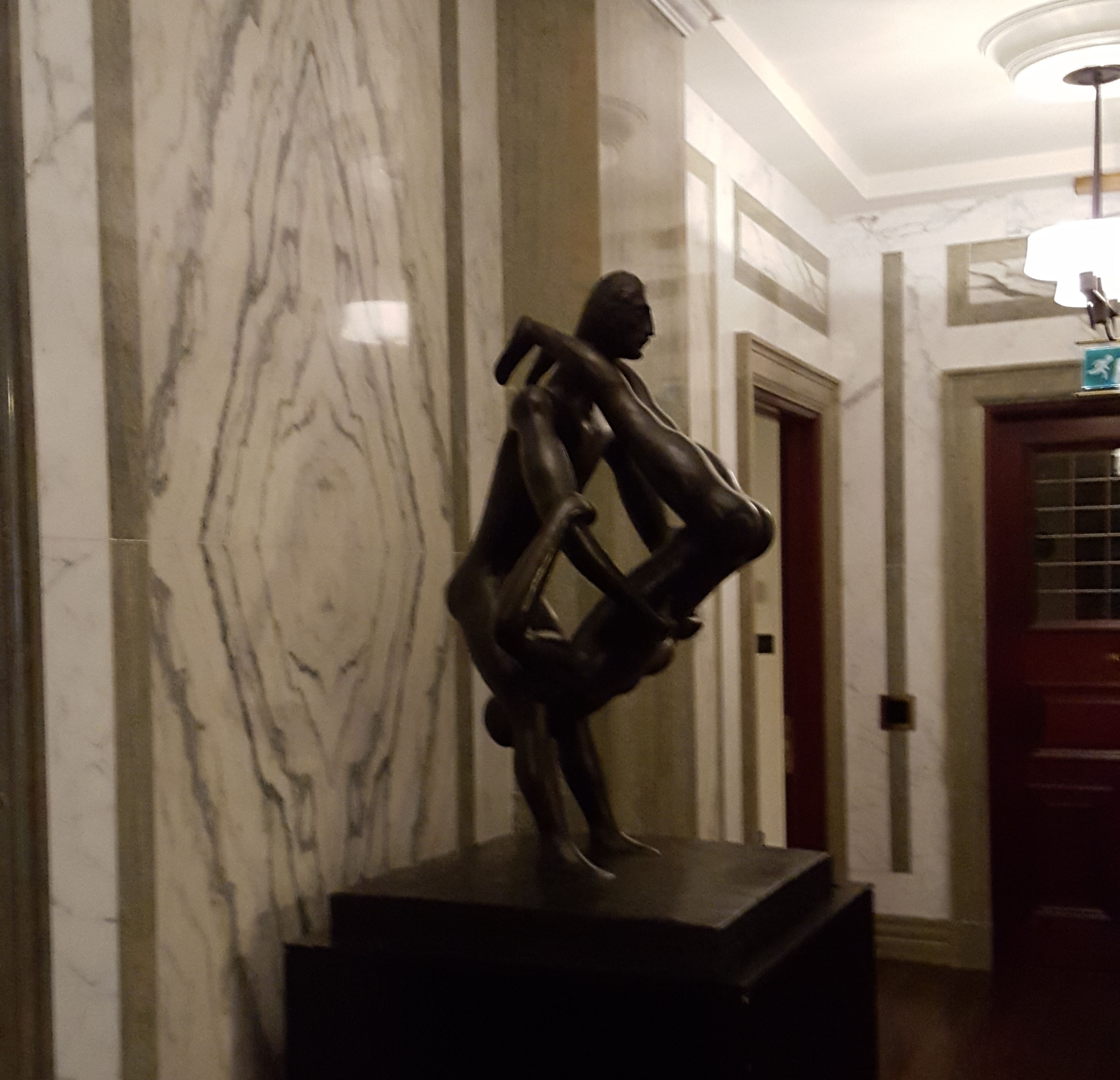 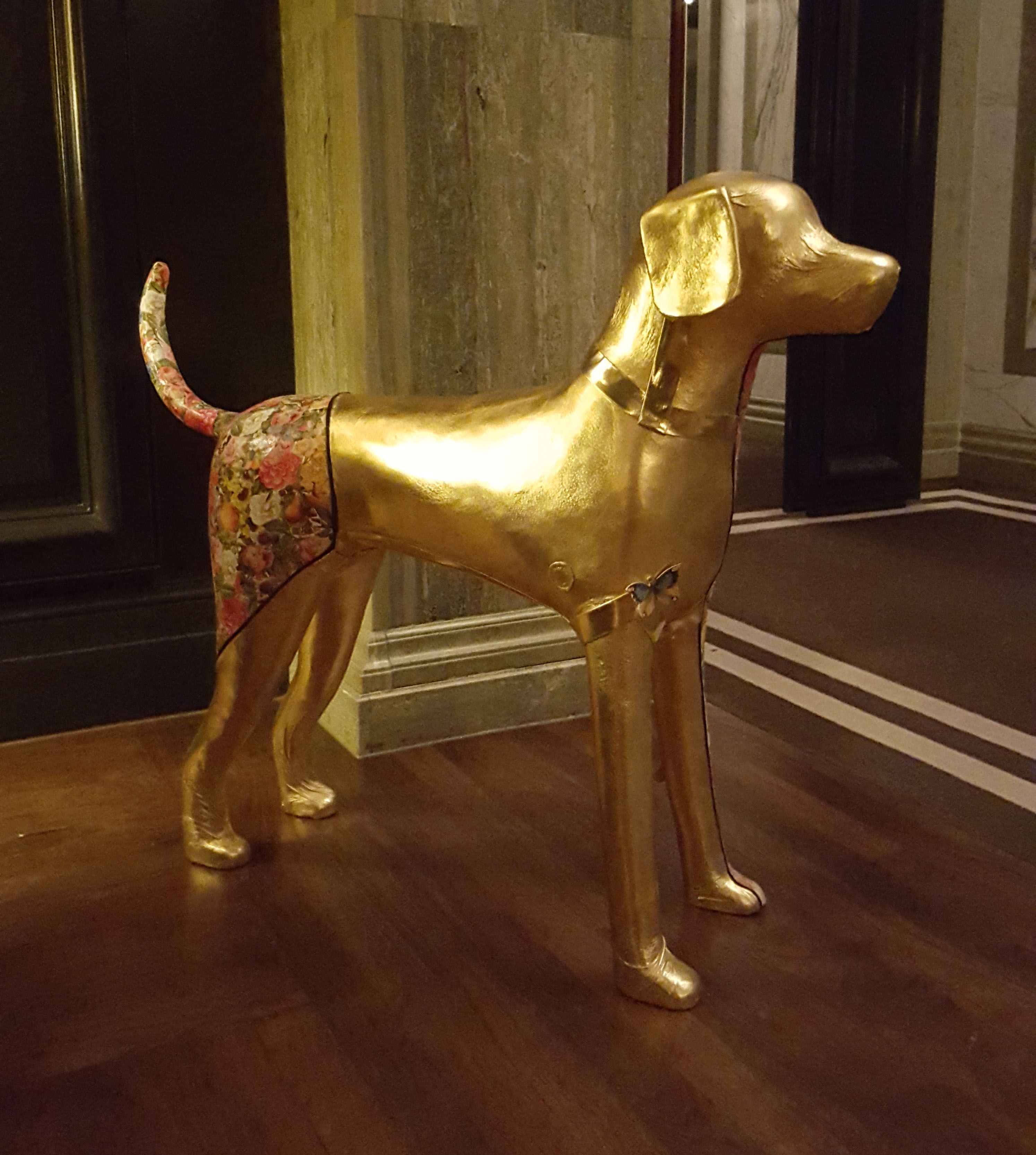 There was a even a dog casually laying in the courtyard. We wonder if he was there for the Hun, too? 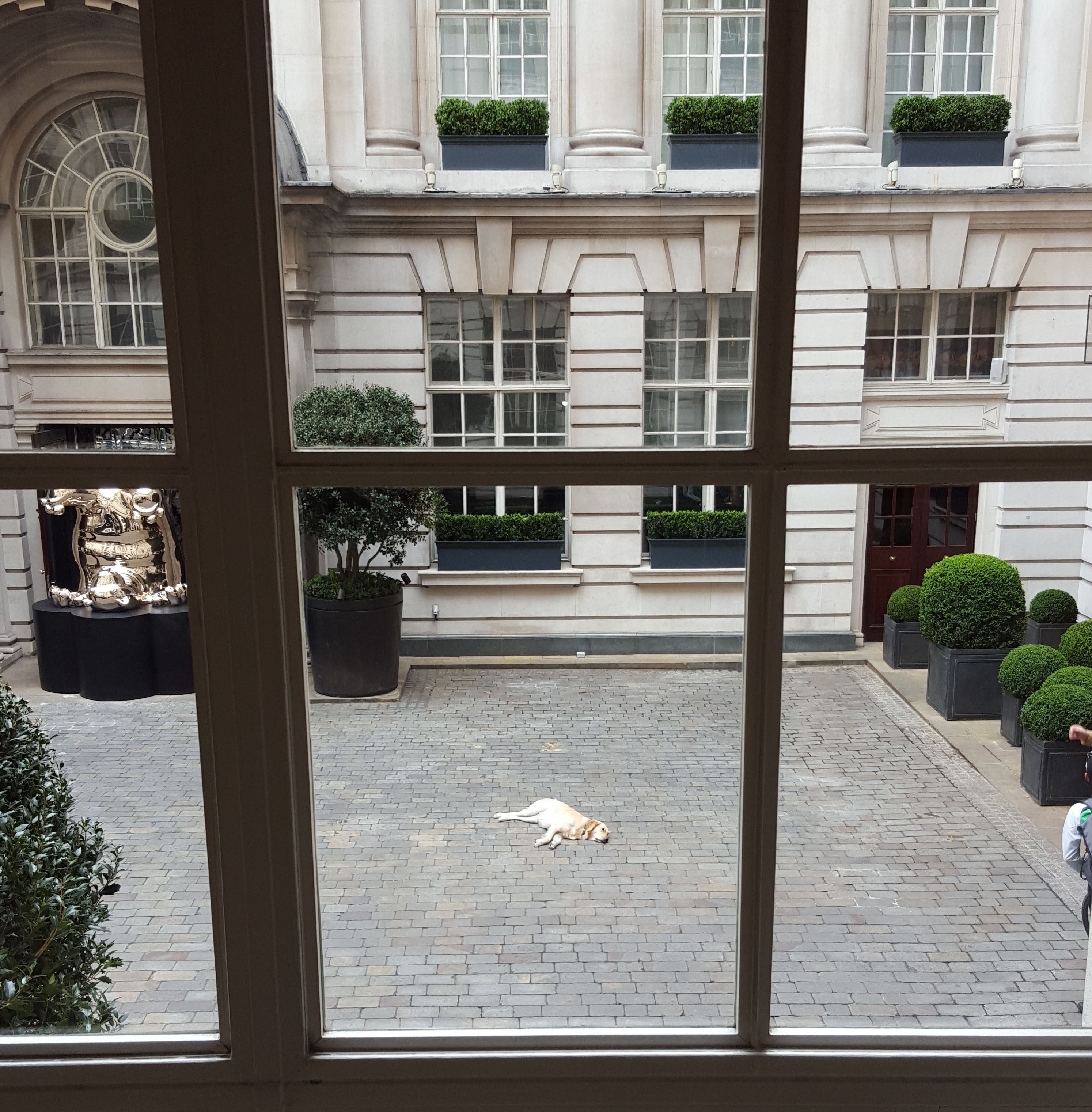 We didn't take any pictures of the food but we can confirm there was a good selection of cheeses and a fruit salad. MegHun didn't eat any of it, probably because - like us - she was scared of spilling crumbs of stilton everywhere. What a shame.

PopBuzz: Hi! Let’s start with your new single ‘No’. It’s all about turning down guys and being assertive. When was the last time you crushed a man’s dreams?
Meghan: Everyone's like 'is this your life all the time?' and I'm like 'No, I do not get hit on all the time.' I was told by LA Reid (legendary music producer and CEO of Epic Records) that I didn’t have singles and I didn't have my finished album. So I took my anger and went straight to the studio and I wrote this song, all minor and angry and 'no'. You can hear me say 'you need to let it go' and that's like me to the label like, give up, I'm not going to do "All About The Bass" 2.0.

But this does happen. I was in Colorado recently, Aspen, and I was on the dance floor with my bro, and this dude just started taking my picture and I was like 'you don’t have to, you don't have to do that, you can stop there.' And then my song came on and he was like 'Oh, is that your song?' And I was like 'you know what you’re doing, dude' (laughs)

Was he taking a picture right in front of you?
His flash was on so his cover was blown.

Well then he's just an idiot. He deserved it.
I was like you’re drunk, sweetheart, put it down.

There's a line in "Watch Me Do" about guys sending you DMs. What's the weirdest messages you get sent from fans/guys?
My DMs are pretty filled up with my fans. I know on Twitter my mum constantly looks through my messages to see if a celebrity has reached out but it’s mostly fans saying hi to me. I have had ex boyfriends try to hit me up but I got new numbers.

Do you do your own social media or does someone do it for you?
The label will send me some stuff that they’ll say you should probably post this and I’ll take it and rewrite it and put my emojis on because they sound like a 40-year-old man.

What’s your favourite emoji?
It changes every day but I loved the diamond emoji for a long time. I thought it was classy and cute. That and the heart with an arrow through it. That was my thing.

"All About That Bass" became an anthem for body positivity, and I feel like you’ve kinda become the de-facto spokeperson to speak about those issues. Was that ever a large responsibility to bear?
I get asked that all the time. Every day this week they’ve asked 'was it a lot of pressure?' but I like it. I never lose sleep about it because I'm scared of being a spokesperson because I didn’t get prepped up to do it. I didn’t say I wanted to be the body-positive girl. It's just the song I wrote for myself worked so well with the world. I was just being myself.

Do you get tired of people bringing it up?
No. I mean, I'm like 'should I have been more worried about it?' I was never stressed out about it because I was just being me. It's easy. It's me. It's not like I had to fake something I'm not. That would have been sucky, I guess.

You co-wrote the new JLo track. She received a lot of criticism about the song because it was produced by Dr Luke. Do you think that backlash was fair?
Nah nah, not her. Not at all. I texted her the song and she had no idea. She thought I did it alone, by myself, at my house, which a lot of people would think because I do do that. So I just sent it to her and said 'do you like this song?' and she said, 'I love this song, my kid loves this song - he’s made me play it five time now so I know it’s a hit - when can I cut it?’ And I said immediately, 'whenever you want, I’m glad you like it.'

I gave her three songs so far and that was one of them. And for the American Idol, we think this is the best one that mixes with "Let's Get Loud". But I felt terrible when she got all the hate for that and I just thought it was ridiculous.

Are you happy with how the song came out?
Yeah. It's a big song for her. There's this other song she cut that I'm very proud of that’s called "I’m Lookin’ Good" and it's about…even Jennifer Lopez will question herself sometimes and will get self-conscious. The first words are 'sometimes I get self-conscious and a little insecure, I gotta remind myself I got it and to never be unsure'. We talked about it and she said 'I just wrote a book about that, it’s real’. I was like, JLo, if you say those things, everyone will relate to that to. So I’m just so proud of her and this new album is gonna be huge for her.

I don’t know whether you saw in the news recently that Justin Bieber had to cancel all of his meet and greets because they were making him depressed and that was affecting his performances. Can you relate to that in anyway?
Oh yeah. Meet and greets are amazing. It’s a great way to meet all the faces that love your music. For me, a big thing is the mums. The mums will come first and they’ll say 'you saved my daughters life, make sure you give her a big hug' and I’m like 'I got you, girl!' And I love that.

But I remember there was one show where the venue and my team missed something, so they sold meet and greet tickets and we sold meet and greet tickets, so instead of 150 people, I had to see 300 people. And I remember that day I was like, 'if this ever happens again, I am going to cry' [laughs]. It was so hard, just the extra time. It doesn’t seem like a lot but it is. And so, I see where Justin is coming from but on my tours I would never cancel meet and greets because I never went to meet and greets as a kid. I never went to the concert and met the artist. I can’t imagine if I had that opportunity and that day they said 'just kidding'. Getting the hype of that and then being like, 'Whaaa? Dang. Never mind.'

I wanted to meet Christina Aguilera so bad I wrote her a letter. Because I meet her piano player somehow - my dad was friends with someone who knew someone - and I was like would you give this to her? And yeah, I remember that but I never went to concerts with big signs or all that.

Have you seen her in Vegas yet?
Not yet but I am going to see that show. I’ve seen like every YouTube video of it. I love it.

So what did we learn folks?

1) MegHun, or SOMEONE, should probably tell JLo who's producing her tracks.

2) MegHun is a very nice person and you'd probably like her if you met her too.

3) MegHun is a big Britney fan but maybe can't remember much past 2005.