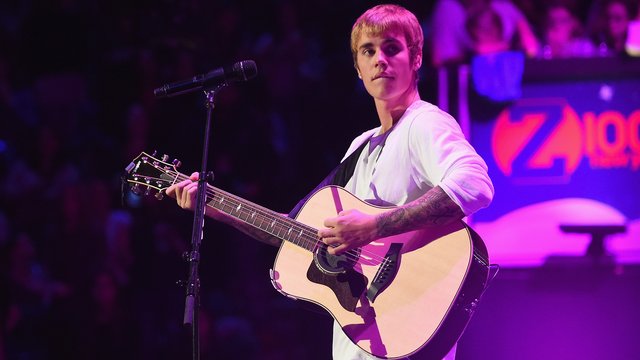 A yoga casket? Jacuzzi? Haribo? Bieber has quite the setup ready for him on his upcoming tour dates.

Justin Bieber, the prince of pop himself, is set to play a huge gig later this month in Mumbai and now his full list of on the road demands has leaked online. And it is truly wild. Among Bieber's essential touring requests are...

- A chef cooking 5 dishes per day named after Bieber songs ('Baby' back ribs? 'Beauty And The Beetroot'? 'Love Yourself'-serve ice cream? 'One Less Lonely Mixed Grill'? 'As Long As You Love Meat'? 'Cold Watercress'? Come on guys, we need answers!).

- Vanilla room fresheners (any other ice cream flavour and it's getting sent straight back).

- Haribo (because kids and grown ups love it so).

Justin Bieber’s India tour rider includes a “Indian Yoga casket”, a jacuzzi and a press release that lists all his demands out for you. pic.twitter.com/afwHpMJHJM

Justin Bieber returns to the UK in July for the British Summertime Festival in Hyde Park as part of his current Purpose stadium tour.