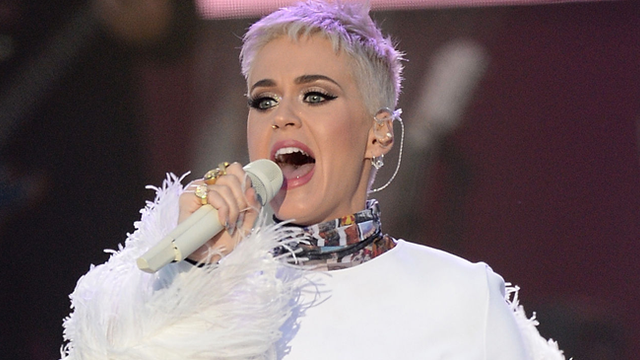 What a beautiful tribute.

Katy Perry was one of the musical guests at Ariana Grande's One Love Manchester concert last night (June 4) and boy, did she turn out an incredibly moving performance.

Before Katy belted out a few of her hits for the crowd, she took to the stage to make a short speech about the evening: “I’m so honoured and humbled to be here tonight to share and spread love... Love conquers fear, and love conquers hate, and this love that we choose will give you strength, and it’s our greatest power.”

She then served up 'Part Of Me' followed by 'Roar' clad in the most fabulous white feather coat but when she took it off, it was revealed that her dress was made up of pictures of the 22 victims who sadly lost their lives in the attack on May 22.

The back of Katy Perry's dress at #OneLoveManchester was made out of pictures apparently from victims in the Manchester attacks. Incredible. pic.twitter.com/Qp4WhS17qB

Over 10 million people tuned in to watch the benefit concert on TV in the UK alongside the millions who were watching on Facebook and Twitter live across the world. Over £2m was raised in 2 hours during the concert and over £10m has been raised overall to aid the families of the victims and those who were affected by the tragic attack.