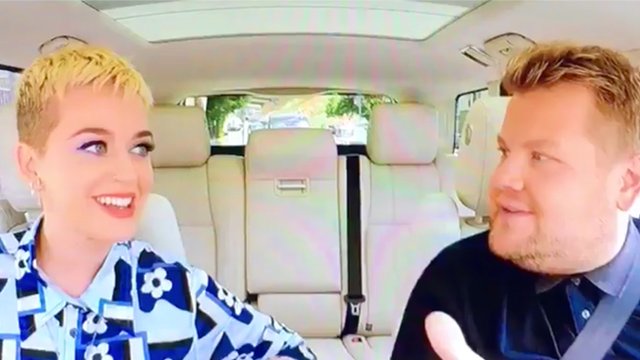 As her fourth album campaign goes from shaky to really f**king shaky, Katy Perry has decided to throw everything to the wall and finally discuss the feud between her and Taylor Swift, on Carpool Karaoke no less.

Last night she hit up The Late Late Show with James Corden to sing along to some of her most famous songs while also dishing the dirt on what really went down with Taylor Swift. You can watch the clip below:

Katy doesn't talk about how it all originally started, except Taylor "started it", but she does go on to explain how the bitter feud developed from her perspective.

“I tried to talk to her about it and she wouldn't speak to me. I do the right thing any time that it feels like a fumble. It was a full shutdown and then she writes a song about me, and I'm like, OK, cool, cool, cool, that's how you want to deal with it? Karma!”

She adds that she's ready to call it quits and end the feud, and then calls James Cordon 'daddy' for reasons we don't fully understand.

Then things get a little preachy.

James Cordon finally asks, "would it be enough to receive a text saying the beef is off the grill?”, to which Perry replies: “Yes 100 per cent.”

Hmmmm. Doesn't it seem peculiar to you that she's dragging this up now just as her latest performances and videos are being criticised by almost everyone? Is this really an attempt to get closure or just another way to promote her new record? Oh, and isn't "Swish Swish" a low-key Taylor diss song?! Urgh. Either way, I doubt this will be the last time we hear about this ongoing #DRAMA this year. Lord give us strength...