After her successful performance in American Horror Story, many wondered what Lady Gaga would do next. Will she release a new album? Do more acting? Become a plummer?

Well, no. Her intentions are now clear: Lady Gaga wants to take over award shows. More specifically, she wants to perform at all of them. ALL OF THEM GODDAMIT.

Following her win at the Golden Globes, our DiCaprio-bumping bae will now be performing at The Oscars, Grammys and the Super Bowl. Prepare your TV sets 'cos you're booked in for some serious Gaga time.

Gaga has just confirmed that she will perform the national anthem at the Super Bowl (7 Feb). The half-time performance will feature Beyoncé and some British indie band (???) but mainly Beyoncé.

A week later, she'll be paying homage to her hero, and pop culture icon, David Bowie, who died last month. That performance will also feature Bowie collaborator Nile Rodgers, which should ensure good times all round.

And at the end of the month (28 Feb) she'll be performing "Til It Happens To You" at The Oscars. The song has been nominated for Best Song for it's inclusion on The Hunting Ground soundtrack.

That's not even mentioning her performance at the Producers Guild Awards last week! She's slowly taking over the earth and there is literally nothing we can do to stop her.

Will other pop stars be allowed to play at award shows anymore? To be honest, Gaga has given us some of the most iconic award show performances in recent memory, we could happily watch her again and again. No one else really rises to the occasion like her. Remember her first MTV Awards performance? That was essentially Gaga announcing her arrival to the world stage. Nothing was every the same again.

Which Gaga performance at you looking forward to the most? 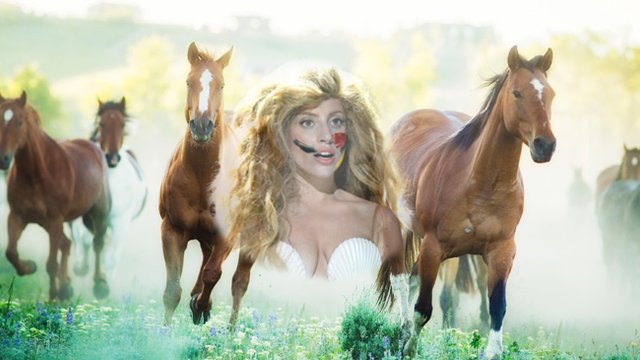 This Vine Of Lady Gaga Is All Of Us