These Song Moodboards Will Give You Synesthesia

Since Michael Jackson pioneered the music video, we've been obsessed with how music and visuals can co-exist together, complimenting and explaining each other while turning an aural experience into something tangible.

We've also noticed that people can't seem to stop storyboarding their favourite songs; whether it's through lyric posters on Tumblr or artist moodboards, there's a trend for trying to express the visual aesthetic of a song through colours, images and words.

One Twitter account we've come across is @aestheticoncern (... song boards) and it's giving us actual music aesthetic goals. It covers acts like Lana Del Rey and Troye Sivan (so all our faves, basically).

Halsey - "Is There Somewhere"

is there somewhere // halsey pic.twitter.com/lbLFllkL2x

Panic! at the Disco - "Impossible Year"

Lana Del Rey - "This Is What Makes Us Girls"

this is what makes us girls // lana del rey pic.twitter.com/uBWvkBMLcj

One Direction - "What A Feeling"

what a feeling // one direction (the best song in the world) pic.twitter.com/r9AZ9iWcH7

We are totally in love.

Be sure to follow @aestheticoncern for more musical aesthetic bliss. 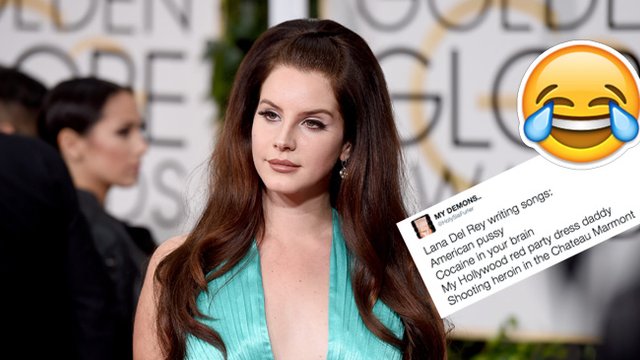