Wait...Is Lana Del Rey About To Drop A New Single? 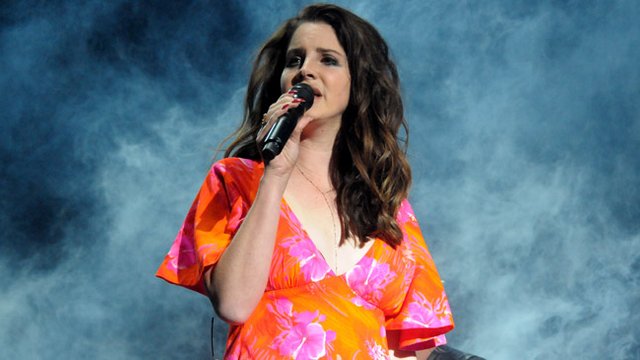 The 'High By The Beach' singer has registered a new track online - could this be her big comeback song?

Some new music may FINALLY be on the way from everyone's favourite songstress Lana Del Rey, after a new song title was officially registered this week.

The track, entitled 'Young & In Love', was co-written by Emile Haynie who collaborated with the singer on Born To Die, and Rick Nowels, who worked on 'Summertime Sadness'. Benny Blanco is also listed, having previously worked with the likes of Kesha, Selena Gomez and Katy Perry.

Buzz about Lana's fifth album has been building for months, with another song entitled 'Wild Side' registered late last year and a US radio DJ announcing that new music would be arriving very soon in a since deleted tweet.

Plus, of course, there's all those shots of Lana in the studio sending fans into a frenzy.

We need to hear it NOW!

Lana was most recently featured on two tracks for The Weeknd's current album Starboy. Her last record Honeymoon was released in 2015, selling over 600,000 copies worldwide and reaching number 2 on the US Billboard 200 chart.

Are you hyped for new music from Lana? Let us know below.