This image appears in the gallery:
Lil Xan: 13 Facts You Probably Didn't Know About The Rapper 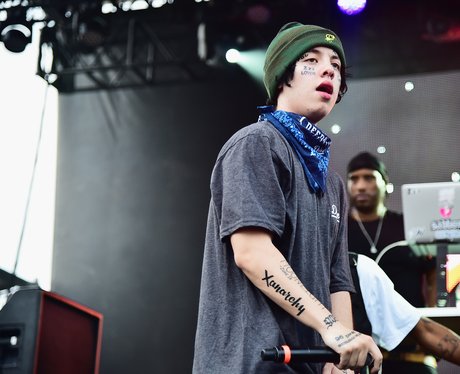 11. Lil Xan was addicted to Xanax and started his own anti-Xanex movement called Xanarchy

After suffering from Xanax addiction himself, and following the drug related death of fellow rapper Lil Peep, Lil Xan announced the movement during a performance. He then dedicated the song titled ‘Xanarchy’ to Peep’s memory. Xan claims to have been addicted to the opiate for around two years, and says he feels ‘lucky’ that he beat his addiction. [Getty Images]