The backlash proves how important the LM5 visual is...

Little Mix released the music video for 'Strip' on Friday night. The song itself is one of the standout tracks on their brand new album LM5. The production is all kinds of experimental (the beat doesn't kick in until the chorus) and the lyrics see Jesy, Jade, Leigh-Anne and Perrie celebrate their bodies ('jiggle all this weight, yeah, you know I love all of this'). It's a body positive banger for the Instagram generation.

The visual follows suit. Not only does it star Little Mix showing off their un-retouched bodies and how confident they all are in them but it also features an array of activists (involved in issues ranging from mental health to FGM) of all shapes and sizes alongside the four girls. The video is already a major success with currently over six million views but one scene in it is causing a bit of controversy.

The scene has been met predominantly with praise. However, one or two people have taken issue with it and just yesterday, Piers Morgan took to Good Morning Britain to criticise Jesy, Jade, Leigh-Anne and Perrie. In a segment about the video, he said: "If men did that we'd be arrested, if women did that it's empowering."

He then went on to say: "They're stripping off to sell albums. Let's just call it what it is. It's not about feminist empowerment. It's about 'let's all get naked'. Everyone will run the pictures. We'll sell more records. That's it. The rest of it is baloney." He also claimed on Twitter that "it's all about sex".

It goes without saying that this is wrong. Not only is Piers robbing Little Mix of their own agency but he is also actively lying to support his own narrative. Men do get naked all the time without consequence. From being topless in public to stripping down for shoots, there is never any notable outcry when men go nude. By contrast, women are picked apart for it. Their bodies are scrutinised and politicised and not allowed to just be.

It actually says much more about Piers that he only associates women's naked bodies with sex than it says about Little Mix. His reaction to the video and shoot proves how necessary Little Mix's message is. People continually sexualise women and reduce them to incorrect labels. You only have to listen to the song to know that the video is not about sex at all.

Little Mix and the women in 'Strip' have opened up at length about why they created the visual. Taking to Instagram, Jade wrote that 'Strip' was made to be "a video that empowers women, helps you embrace your insecurities and believe that you are BEAUTIFUL just as you are." She then added that she hopes it will "inspire women all over the world".

#STRIP VIDEO IS OUT NOW!!! We knew exactly what we wanted to create as soon as we started writing this song with @kamille 🖤 A video that empowers women, helps you embrace your insecurities and believe that you are BEAUTIFUL just as you are. Our first video we’ve co-directed. Thank you so much @rankinarchive for believing in us, understanding our vision and creating what we hope will inspire women all over the world. Lastly, thank you to all the badass women in this video. You all inspire us and we hope we’ve brought even more awareness to what each and every one of you stand for ✨

Speaking to ASOS Magazine about coming to terms with her own body image, Jesy talked about how hard it can be for girls to do so and how difficult it actually was for her in the first few years of her being in the public eye: "When I first started out, I struggled. I never thought I’d get over thinking people thought certain things about me. I still get upset when I talk about it."

Jesy also said: "I’ll never get those years back. I was so miserable, I should have been enjoying my life. But I was so down because I cared so much about what people thought about me and how I looked. This is why we feel so passionate about what we’re saying on this album. The more we talk about it, the better it will be for kids growing up."

And the video and the album are already having a huge impact. Ever since Little Mix posted the naked 'Strip' image on social media, fans have started the #StripWithLittleMix movement in which they post photos of themselves with captions opening up about their own insecurities and their journeys with self acceptance. It's beautiful.

Seeing our fans start the hashtag#StripWithLittleMix has moved us so much😭 Sharing your insecurities with what you love about yourselves is beautiful to see and be a part of♥️ We need more of this & can’t believe the response already from ONE photo. We 🖤 you. The girls x #LM5

The reality it is that it's not up to Piers or me, or any other man to decide what empowers women. We will never be subject to the sexism that women face on a daily basis. What's important is that we listen to women. When they say that something empowers them, we should believe them and seek to understand why if we don't see how.

Some women and girls may not feel empowered by the 'Strip' video (and that's fine) but it's clear that it is already empowering many, as well as men and people of all genders. Acting like it doesn't and shouting over women about it, just makes you, to quote the one and only Jesy Nelson, "a bloody twat". 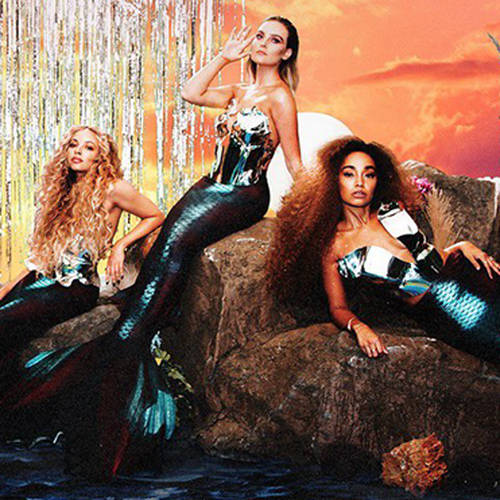 QUIZ: We know if you're British or American based on this slang quiz