This Is What Lorde’s New Single Is (Probably) Called 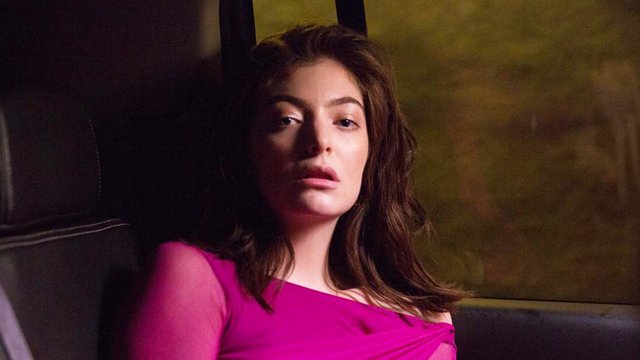 Lorde left us SHOOK yesterday when she began teasing the details of her long-awaited new single from her as-yet-untitled second album.

The high-priestess of pop teased the news on New Zealand television first and then followed that last night on social media with a cryptic link to a website 'www.imwaitingforit.com'. Once on the page, a video starts in which you can hear a brief clip of uncharacteristically chirpy music (for Lorde, at least) while she sips on what looks like a milkshake in a car with a mysterious man sat in front of her, also sipping on a milkshake.

Beneath that, there appears to be a clue to the title of the new single: M*******A. So what the fuck could that be? Those clever folks at The Spinoff have listed several options of 9-letter-words that begin with M and end in A. Some are more credible that others.

MILLENNIA - Could this be a cheeky reference to how long it's taken Lorde to write her follow up album?

MARIJUANA - Is Lorde a stoner now?

METALLICA - If Lorde decided to do a metal album we would still be here for her.

MACAREHNA - Never would a comeback single before or after be so iconic if it actually referenced the 90s dance craze.

But there is a firm favourite among fans and that is 'Melodrama'. Why? Well it seems Lorde made a reference to the word all the way back in 2015 when she went to a Kanye West fashion show. 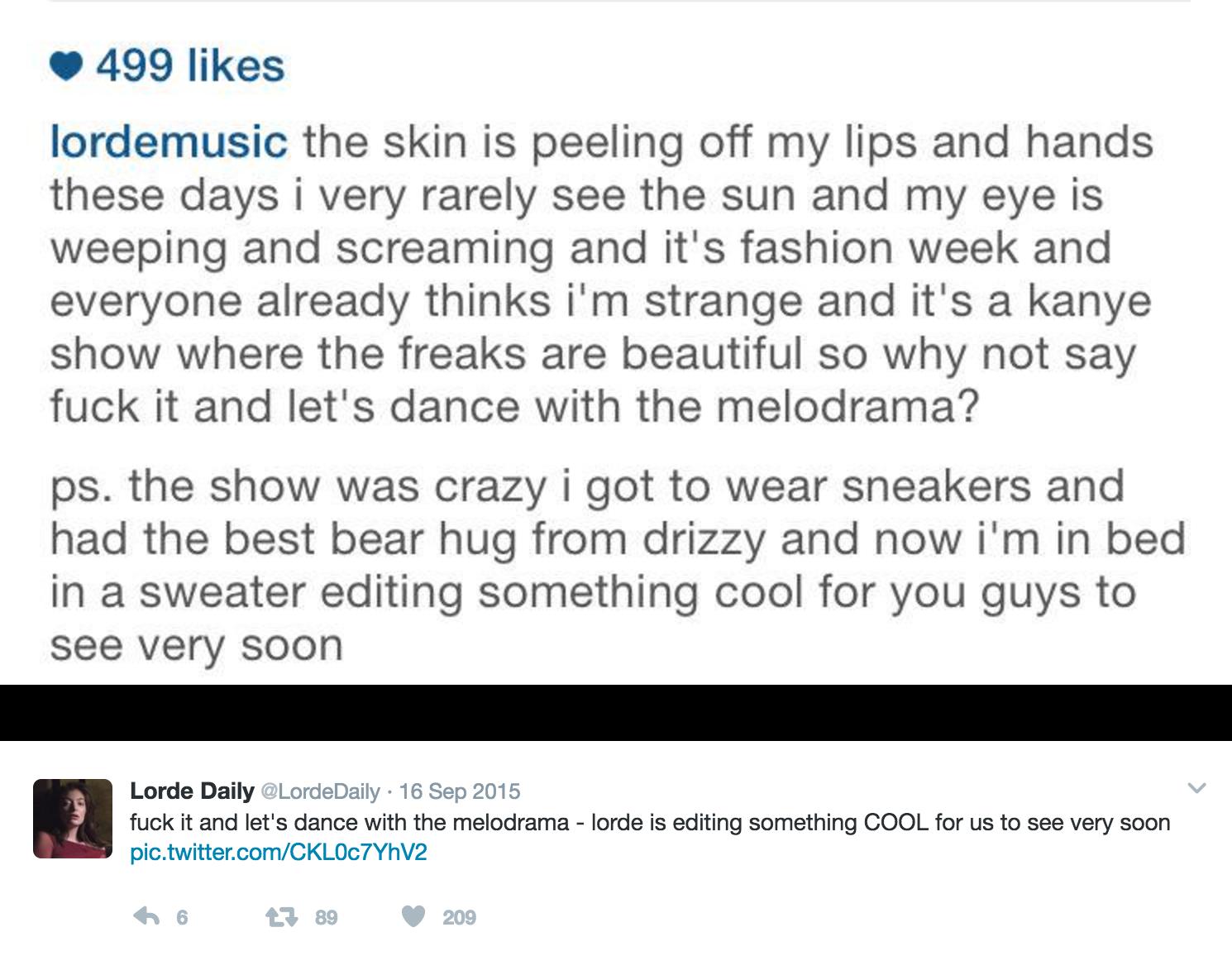 It seems pretty convincing to us. However, others are also theorising that it might be 'Magdalena', which was Frida Kahlo's name.

it could also go for "Magdalena" which is Frida Kahlo's name and it suits perfectly with the 9 letter word, starting m and ending with a pic.twitter.com/gLV64oApQG

So what do you think the new single will be called?