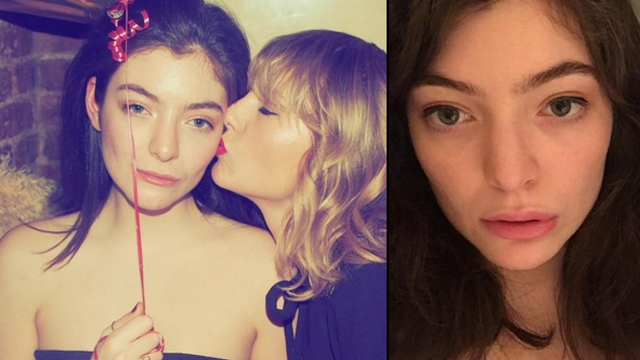 "I fucked up & that was really insensitive. I'm sorry."

Lorde may have the most talked about new album of the season, but there is no getting around the fact that interviews can be tricky at any stage of your career. This isn't Lorde's first rodeo, but a recent comment she made to the Guardian has landed her in a bit of hot water.

While trying to explain what being friends with megastar Taylor Swift is like, Lorde used an odd metaphor that raised a few eyebrows.

Her word choice isn't great, but it's very clear that Lorde didn't mean to be offensive. She apologized once the comment started to get a bit of traction, admitting that she "fucked up".

didn't mention taylor, but regardless, i fucked up & that was really insensitive. i'm sorry

People are pointing out that Taylor's bestie Selena Gomez has an autoimmune disease called lupus, which she has been semi public about.

Lorde picked the wrong metaphor because autoimmune disorders range from Type 1 Diabetes to Psoriasis and Hepatitis. It's clear to most people that having a life changing autoimmune disorder is nothing like having to get a bit of extra security when you're going to a nightclub. 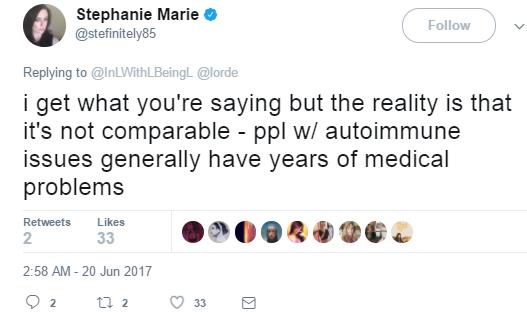 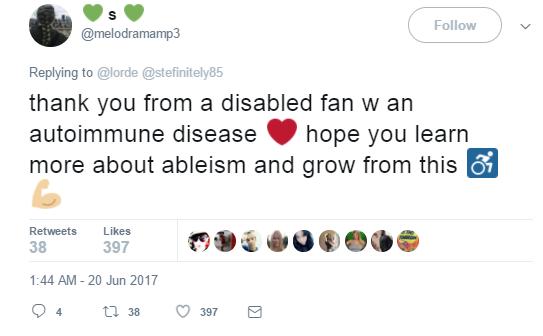 What Lorde meant to say was that being friends with one of the most famous people on earth has its limitations. The pair can't go out like normal friends because there is a lot to consider when you're as famous as Taylor Swift.

had the best birthday party i've ever had tonight surrounded by my nyc family. all organised by tay who is as she says "a mom with no kids". i am ur kid and u love me so hard i could burst. here's to our 3 magic years of best friendship and more moments like this squished between angels

Lorde is busy promoting a new album after a few years away from the spotlight. She was bound to make a gaffe at some point and we're sure she'll be speaking more carefully in the future.