The pair were introduced by Anna Wintour back in 2013.

They say you should never meet your heroes. Except if it's David Bowie.

Back in 2013, Lorde, still an up-and-coming goth-popstar, performed at a Vogue benefit honouring Tilda Swindon in New York. David Bowie was at the same party and asked to be introduced to Lorde.

Not long after that meeting, in an interview with Rookie Mag, Lorde spoke about their precious, chance encounter. "To have someone like that tell you that listening to you felt like listening to tomorrow. I was like… I could creatively die and just be happy forever."

"It was super cute, though—for some reason we were holding hands and just staring into each other’s eyes and talking, and I was like, This is David Bowie's hand, what am I doing? It was insane. A beautiful moment." 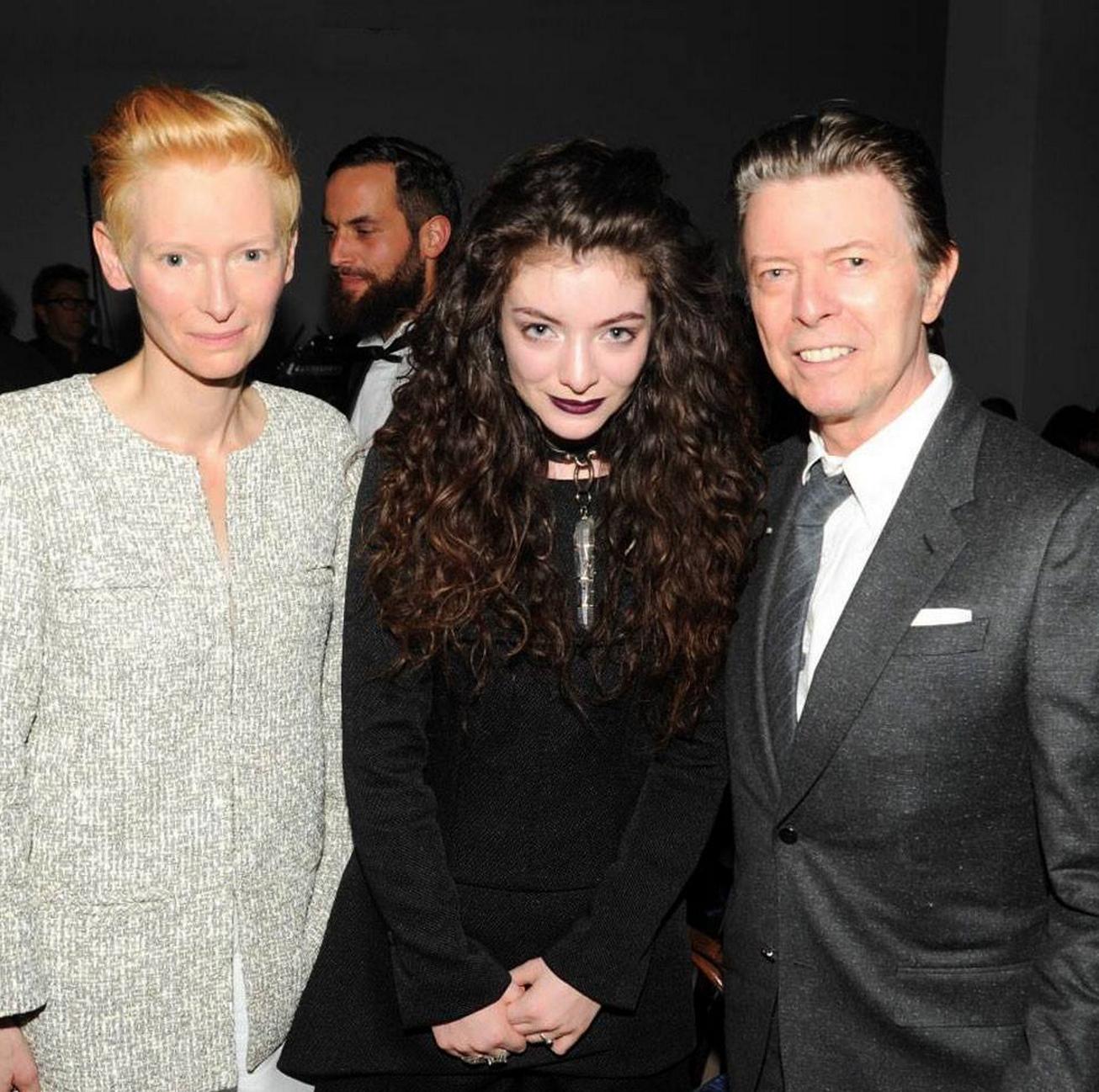 As news of Bowie's passing spread across the world, many people wanted to hear Lorde's take on meeting the legend himself, particularly as she was one of the last pop artists that he endorsed (publicly, at least). Lorde took to her Facebook to share her thoughts. They are as thoughtful, enlightening and passionate as you would expect.

She continues, "I'll never forget the caressing of our hands as we spoke, or the light in his eyes. That night something changed in me - i felt a calmness grow, a sureness. I think in those brief moments, he heralded me into my next new life, an old rock and roll alien angel in a perfect grey suit."

When a hero dies, everyone wants a quote. I woke up this morning with a tender head from tears and that big red cup of...