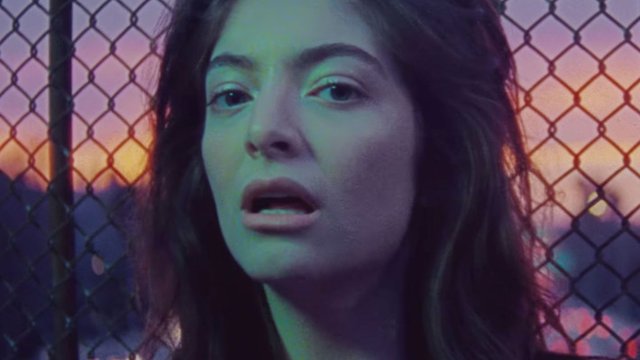 The singer opens up about her upcoming second album and writing about her "first major heartbreak"...

Is it just us or would this sound perfect over the credits of the series finale of Girls? Just a thought...

Anyway, fans have already begun speculating about the origin of the song's personal lyrics, focusing on a cheating boyfriend and the lies he's told to another girl back home.

Lorde herself has now addressed the song's origin, indeed confirming to Beats 1 that it's about her heartbreak:

"It took me a while to figure out how to write about that... my first major heartbreak...This is that drunk girl at the party dancing around crying about her ex-boyfriend who everyone thinks is a mess. That's her tonight and tomorrow she starts to rebuild. The song is really about those moments kind of immediately after [the breakup]. Your life changes and about all the silly little things that you gravitate towards. I say, 'She thinks you love the beach, you're such a liar.' What the fuck, she thinks you like the beach?! You don’t like the beach! It’s those little stupid things."

So it is a personal story although the identity of this mystery fuckboy still remains a mystery...

Lorde also revealed to the BBC that her late friend David Bowie has influenced her new material too:

The singer has also begun hinting at some live shows later this summer - perhaps at a very famous farm in Somerset. Watch this space.

Are you digging 'Green Light'? Let us know your thoughts on our Facebook page.