Did You Spot The Paramore Reference In Lorde's New Music Video? 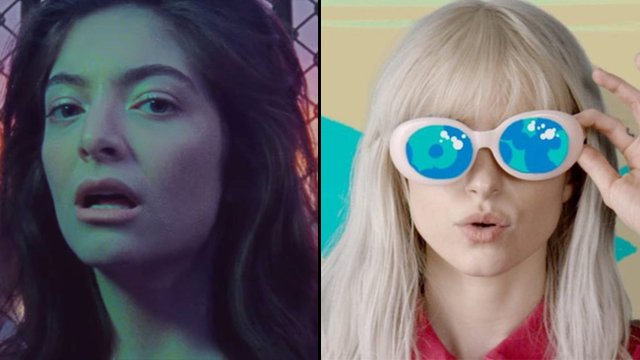 The promo clip for 'Perfect Places' is full of easter eggs including a sneaky tribute to Lorde's fave band.

But, the coolest part of the video has been trying to spot all the easter eggs and references that the singer revealed she included in a recent tweet:

So, what references has she thrown into the mix?

Well, for a start, there are a couple of nice tributes to one of her fave bands, the mighty Paramore.

First, there's this moment where she is singing into a lightbulb which directly references the similar shot in Hayley and co's promo clip for 'Ignorance':

She really is a superfan!

But Paramore aren't the only act Lorde gives out a shoutout too as she also appears to reference Beyoncé's 'Hold Up' video from Lemonade:

She even manages to reference herself, seemingly winking at the lyrics to Sober II where she sings "Oh how fast the evening passes/Cleaning up the champagne glasses":

Did you spot any more sneaky references? Let us know over in the Facebook comments.