Here's What Melanie Martinez Sounds Like Without Her Signature Vocal Effects 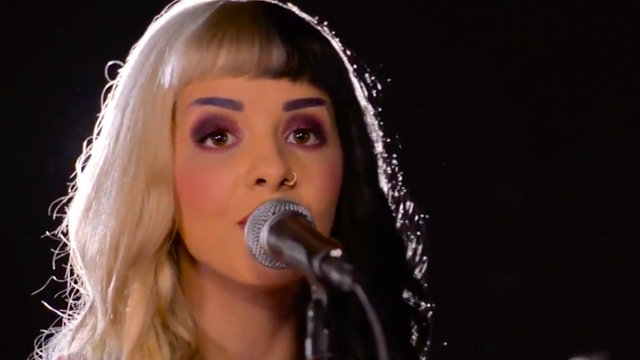 The gag is... she sounds amazing with or without it.

Have you ever wondered what Melanie Martinez' Crybaby album would sound like without her signature auto-tuned vocal effects? Obviously, we've heard Melanie's natural vocals before when she sang on The Voice US with nothing but a microphone and her ukelele. But what about her studio tracks?

To achieve the full hyper-real Crybaby aesthetic, Melanie adds a touch of "autotune" to her vocals to make herself sound more like a creepy doll child and less like a 21-year-old human. It's actually pretty genius and sounds amazing.

In the video below, someone has compiled all her live performances that don't feature any autotune and put them into one long video. No enhancements, no reverb, just pure raw vocals - and it's gorgeous!

She sounds perfect with or without the effects tbh. Slightly grungey, right? As much as we want her to ditch the effects and go for full vocal realness on her second album, she'll be sticking with the Crybaby character as she heads further into the world of the Dollhouse. Sign us up either way!