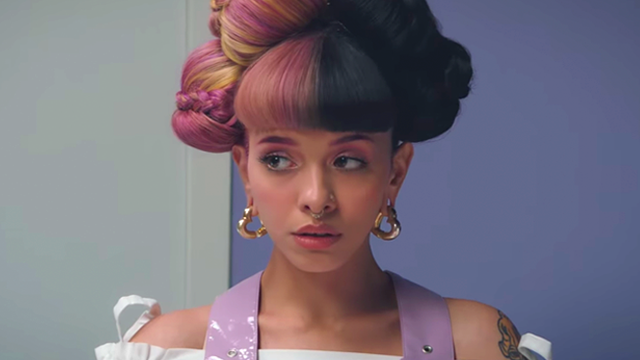 Any one who has ever listened to the Crybaby album or watched any of Melanie Martinez's music videos will know how she uses her own experiences and mental health issues to illustrate and narrate the life of Crybaby. And you'll also know that absolutely nothing should be taken for face value because, with almost everything Melanie does, there's a much deeper, complex meaning behind her visuals and lyrics.

After the release of the ~long awaited~ 'Mad Hatter' video, a bunch of critics came for Melanie, claiming she glamorises and romanticises mental health problems through her dreamy aesthetics and that she is guilty of sexualising children by means of her Crybaby character.

In response, she posted a picture on her Instagram page alongside a longggg rant about said critics who just don't understand why she decided to elevate THOSE certain aspects of her concept through the music and visuals:

"If you don't like pop surrealism you probably won't like me. If you can't understand that visual art has a deeper meaning and you only look at it for face value you probably won't get my work. If you can't understand that crybaby is a character, that the first record is representative of her childhood, and If you sexualize female pop artists on the daily you'll say I "sexualize babies."

If you can't understand why someone would bring up mental health, growing pains from childhood to adolescence , family issues, and other uncomfortable topics we never hear about in pop music, you will probably just throw my music and art away as something that "glamorizes mental health issues" even though most of the people that resonate with my work Deal with these things on a day to day and someone needs to be there for them. So here I am. If you have issues with my music and art and judge it so harshly to the point of making up your own reason as to what my intentions where when making it, you should just stop watching it. Because quite frankly, you. Just. Don't. Get. It."

Fans were also quick to stand up for and defend their Queen for the way she manages to write such deep and relatable lyrics about mental health for females in particular - something that is very hard to come by in the world of pop music. 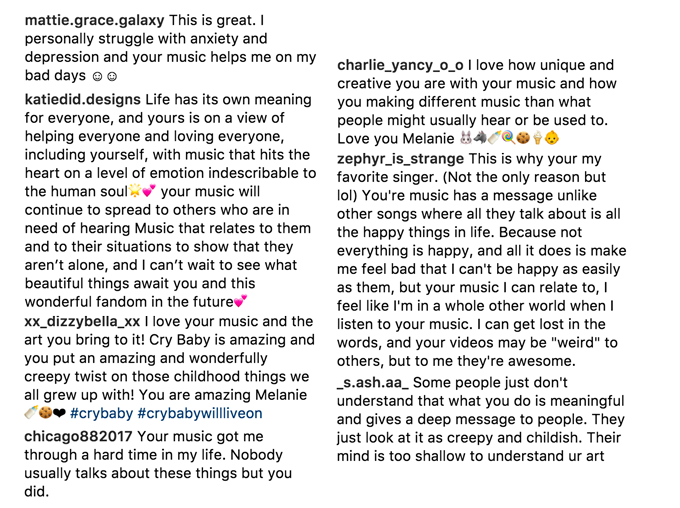 If Melanie's music is an outlet for people who have otherwise struggled with talking about their mental health then let her live, let them live and maybe try reading more into the deeper meanings behind her visuals next time?