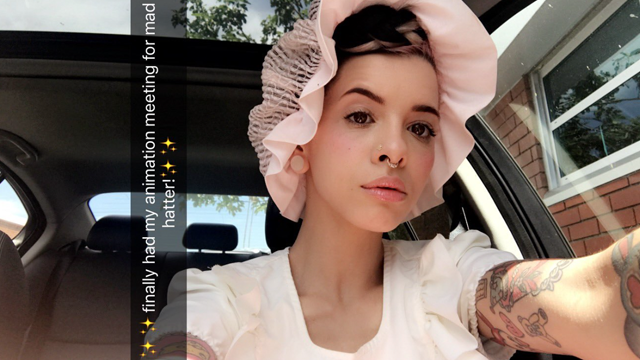 Melanie gives fans an update on the development of the much anticipated clip for 'Mad Hatter'.

In a new interview with Billboard, Melanie has given an update on the final video of the Cry Baby era and when we can expect it:

"It's a lot of CGI animation stuff, so right now they’re working on the effects and hopefully I'll be able to put that out by end of September."

Melanie Martinez has been releasing promo clips for every track on her excellent debut album Cry Baby at sporadic intervals, with fans waiting a while for the final video to drop.

But, thankfully, Melanie took to Twitter last night (May 3rd) to update fans on progress, even revealing that she has hired an animator!

Obviously, as Melanie points out, there's still shooting and editing to come but, basically, the 'Mad Hatter' development process is well underway. Good news all round.

Melanie is also currently at work on her second album, due out in 2018, which will reportedly come with an accompanying film and widen the story of the first record to explore the town that the Cry Baby character resides in.

Check out what Melanie had to say about her next record when we chatted to her last year: