Melanie Martinez Hits Out At ‘Disrespectful' Fans On Twitter 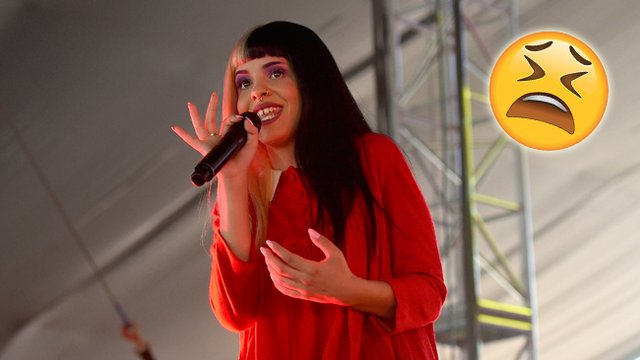 Melanie Martinez made a brief appearance on Twitter yesterday (Jan 29) to send an angry message to fans who have been pestering her for new music.

It's nothing new for artists to have to deal with the weight of fan's expectations for new music, and most artists at some point will get fans hassling them for new music on social media. When you're an artist with a large and rabid fanbase like Melanie's, perhaps that can get a little intense.

And it looks let Melanie reached her limit when she posted this tweet.

We think it's fair to say Melanie is a bit of a sensitive soul, so we can imagine how being harassed by fans every day could be annoying. Although we are a little surprised she decided to take to Twitter about it. Better out than in, I guess?

Fans were largely supportive of Melanie in the comments below.

@MelanieLBBH It's sad that people feel entitled to an artists work. Art is expression, not a product. People don't seem to understand that

@MelanieLBBH it's sad how people don't appreciate art and just keep demanding it... it takes time to make art and share it

@MelanieLBBH not everyone understands that art takes time. Your art takes time and we all end up loving it at the end. It'd be worth thewait

@MelanieLBBH exactly. people need 2 realize that artists are human just like everybody else & that they shouldn't have 2 rush their work...

This isn't the first time Melanie has had to step in to reassert her boundaries with fans. In April last year Melanie asked fans to stop taking photos with her without her permission, and then there was an incident in March in which Melanie defended herself on Twitter after getting upset with fans who interrupted her while she was trying to speak during a show in Washington.

Do you think Melanie was right to write this tweet or was she overreacting? Let us know in the comments.