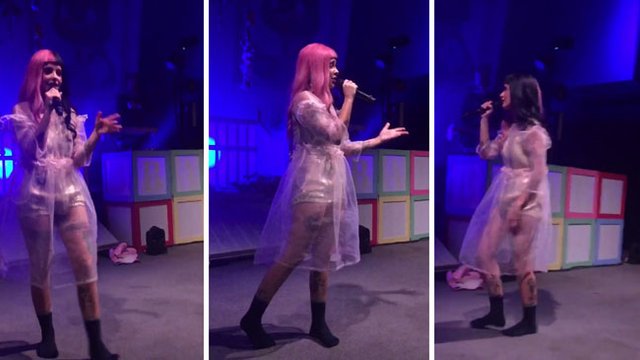 There have been mixed reactions to this.

We know Melanie Martinez loves her fans, so this came as a bit of a surprise tbh.

Yesterday, Shady Music Facts tweeted a short, fan-shot video of Melanie performing at a gig in Washington (28 March). In the video, Melanie is attempting to speak to the crowd. After being interrupted twice by the crowd, another fan shouts "I love you". Unfortunately for the fan, Melanie didn't take too kindly to being interrupted again.

Melanie Martinez snapped at a fan who shouted "I love you" while she was talking. pic.twitter.com/TQNceymFtG

She responds with a curt, "I'm sorry, I'm talking". Clearly upset, she says, "It's okay, I'm just going to go to the next song" before starting "Mrs Potato Head".

Melanie took to Twitter to clarify what was happening.

To anyone wondering I was actually really upset tonight and was trying not to let my tears take over in the beginning of Mrs potato head.

I wrote Mrs potato head and how it was a reminder to myself and others that we are beautiful just the way we are even if we don't feel it.

Unfortunately I was interrupted multiple times and couldn't have that moment tonight.

There was a mixed reaction from fans. Many understood why Melanie was frustrated. Others felt she was being a little naive about the realities of getting thousands of (largely) teenagers to be quiet when they're stood in front of their hero.

@MelanieLBBH ok but I think it was a little bit rude that you shut that fan when she said "I love you" couldn't you say "I love you too?"

@MelanieLBBH im sorry Mel :( i know how much that song means to you and i wish you could've been given some respect hope today is better

@MelanieLBBH u rarely share your thoughts on stage and I see why but hopefully fans learn from this and let you speak in peace at shows!

@MelanieLBBH it's a concert it's loud there was no need to be rude to a fan.

@MelanieLBBH ilysm and I'm so sorry someone did that to you. I was there last night and you were stunning and phenomenal

Now, let's not throw the baby out with the bath water. Everyone, including Melanie, is allowed to have a bad day. Whether she was right or wrong, everybody snaps and maybe we need to try to understand Melanie's perspective a bit better before giving her a hard time.

What do you think? Was Melanie being rude or should everyone cut her some slack? Let us know in the comments. 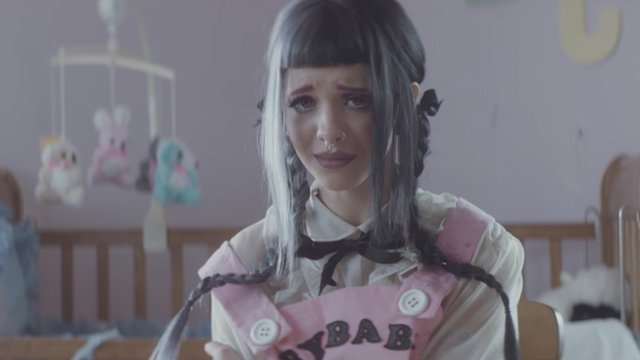 11 Feelings You Definitely Had While Watching The "Cry Baby" Video