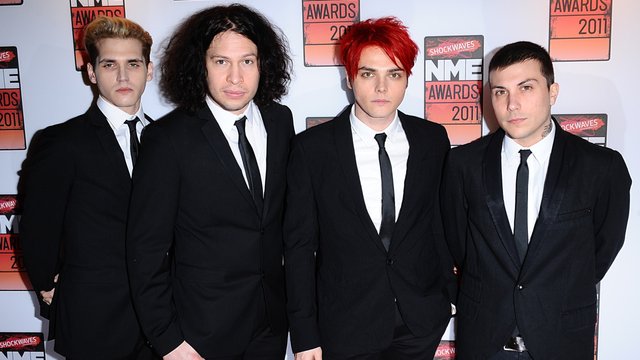 When does emo stop being emo?

Let's take a little trip back to the early 2000s. Pop-punk was as good as done after Blink went on hiatus and Green Day's Warning album saw them go in a more Elvis Costello-inspired direction. The biggest bands in the world were indie acts like Coldplay and ageing rockers like Red Hot Chili Peppers. Something needed to fill the void left in youth culture. Something angsty and exciting that wore its heart on its fretboard. That something was emo and teenagers worldwide latched on, grabbed the skinniest jeans they could find, borrowed their mother's darkest eyeliner and turned on MTV2 who began spinning MCR, FOB, AFI and other three letter acronyms on regular repeat.

The sales bubble was huge, MCR in particular turning their personal, confessional lyrics into radio friendly hits. Oh and before we move on let's get this settled...

MCR are (or at least were) an emo band. And that's not an insult. It's just a fact.

But much like any other teenage sub-genre, as the fans grew older, they moved on, at least aesthetically, and the next wave of youth moved in with their own pain and their own music.

Now, jump forward to 2015 and something unexpected is happening. Emo is back. But it's not on the outskirts - it's right in the heart of the mainstream. FOB just completed their second arena tour in as many years.

Fueled by Ramen mainstays Panic! are back with new material that is eating breakfast radio.

And their influence has extended past their own genre. Look at the diary-like lyrics of Adele and Taylor Swift. Or the overly long title of the upcoming 1975 album (I Like It When You Sleep, For You Are So Beautiful Yet So Unaware Of It - pure Pete Wentz). This begs the question, if emo attitudes are now part of the general pop vocabulary then can they still be described as part of a sub-group?

In other words - if it's no longer emo to be emo then is emo still really emo?

The fact that many fans just think of FOB etc as pop punk bands rather than emo is telling in itself. Still, we would be sad to see emo become a thing of the past. Because whilst the music may go on, we will never see another musical sub-group quite as dramatic, pointed and honest as those early 2000s pioneers.

Quiz: How Emo Are You, Really?

GIF BATTLE: My Chemical Romance vs. Panic! At The Disco Halloween Special