So...Who Do We Blame For This MCR "Reunion" Mess?

A full teaser trailer for a mere reissue? NOT OKAY!!!

Our tears have dried. The dust has settled. We have accepted defeat.

My Chemical Romance will not be returning.

Raise your hand if you have ever felt personally victimized by My Chemical Romance pic.twitter.com/9m7DDf4KYh

Ok. That's done. Now. Who do we blame for this mess?

Don't get me wrong, the idea of a tenth anniversary reissue of The Black Parade is very nice, celebrating a landmark album not just for the band but for the ever evolving emo-genre as a whole.

But this announcement was, at best, horribly misjudged. Reissues are standard practice within the recording industry and are very rarely greeted with any kind of major announcement, let alone a cryptic teaser trailer like the one we saw from MCR. Plus everyone involved with the band and their operations must surely have been aware that any video like this would fuel the fires of their rabid fanbase, giving them false hope that a full reunion may have been planned.

This twitter user particularly nailed our feelings on the matter:

Every My Chemical Romance fan after they put out that statement: pic.twitter.com/W6Z1uC7XbZ

Although, we would argue that the band themselves are not necessarily to blame here - many label and PR parties will have also been involved across this project. And while it was a cool video with a logo fit for any t-shirt (as soon as they are back in stock) it was far too cinematic for a mere reissue. Don't get all our hopes up unnecessarily.

What do you guys think? Were you annoyed by the video or just excited for the album? Let us know below. 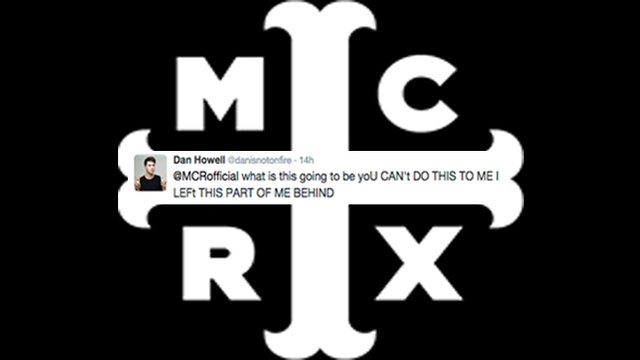