This Girl Turned ABBA Into Early MCR And Blew Our Minds 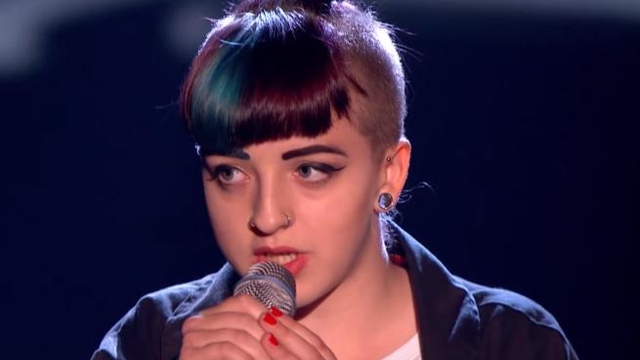 It's not too often that we get excited by na audition we've seen on a reality TV show. Less so if that reality show is, no offence, The Voice.

Jennifer Lawrence Is Shady As Hell And People Are Pissed

The show is notorious for struggling to create a bonafide superstars, but we're getting pretty excited (prematurely, but who cares) about Cody Frost, who auditioned for the UK version of the show on Saturday's (9 January) opening episode of the show.

At first glance Cody was giving us serious Melanie Martinez teas (no bad thing, we think you'll agree). But, it was when she launched into her audition that we were truly blown away.

Singing a cover of ABBA's "Lay All Your Love On Me", Cody totally reinterpreted the song (and to us, it sounds a bit like MCR), bringing out the dark undertones of the pop classic.

Watch the moody performance below.

What do you make of Cody's performance? Let us know and be sure to follow her on Twitter.