Frank Iero Opens Up About Bus Crash: "I Can Remember Every Second" 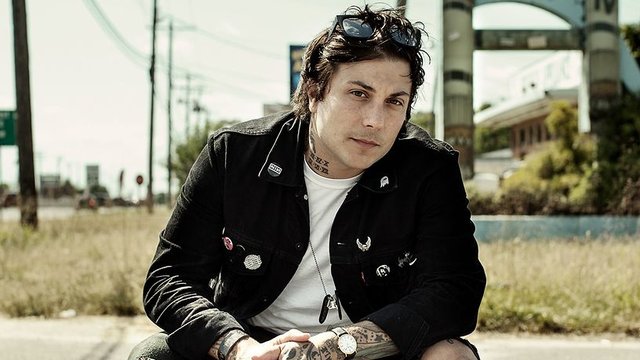 The former MCR guitarist talks about the accident in Sydney publicly for the first time.

Frank Iero has spoken out for the first time following the near-fatal bus crash that left several members of his band injured in Australia late last year.

MTV spoke to Frank as his new album Parachutes hits stores and he prepares for his upcoming tour of Europe.

On the day of the accident — October 13, 2016 — Frank was in Sydney preparing for a show alongside his brother-in-law and guitarist, Evan Nestor, his drummer, Matt Olsson, his manager, Paul Clegg and his publicist. They were unloading their van when a public bus collided with them on the street.

I can remember every second, every action, every sound. I had this little briefcase pedal board that I had been carrying around with me. I put that down and I turned around to say to Evan and Paul, "I think I’m just going to take the tuner out of here." I said, "I think" — that’s all I got out of my mouth...I ended up underneath the bumper of this massive vehicle. From my vantage point, I could only see Evan, and I could hear Paul. I thought whoever I couldn’t see or hear had to be dead, and if they weren’t dead yet, then we all would be soon.

So how did Frank survive such a horrible event? He credits his escape to the large backpack he was wearing when the bus hit.

There’s no doubt in my mind that it saved me. The way I got hit, it hooked on underneath the bumper and lodged me between the curb and the bus. Paul collapsed into the trunk. Evan fell down onto the ground and said, "I can’t feel my legs!" I got out of that rucksack, got my coat, and put it under his head and held him. That’s when I saw the puddle of blood coming from Paul's injuries. It was the brightest red I'd ever seen. I couldn't tell where it was coming from.

The event, says Frank, gave the band a new lease of life and has reinvigorated them as they promote the album.

You can read the full interview with MTV here. Frank Iero And The Heartbreakers will play the UK in February on tour with Taking Back Sunday.