14 Times Frank Iero Was The Most Savage Man On Twitter 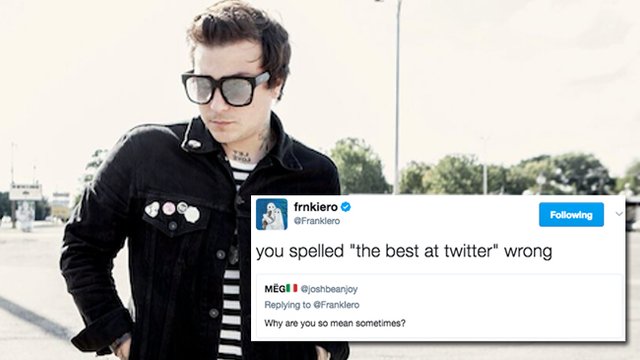 The former My Chemical Romance guitarist turned solo star has the most hilarious clapbacks you will ever see online.

Yes, while Frank is undoubtedly one of the nicest men in music, if you step to him on social media, he will tear you down in the most hilarious way possible. He is, quite simply, a comeback machine.

But don't just take our word for it - we've rounded up a few of our fave Frank tweets for you to enjoy. Strap in, we're about to get savage. 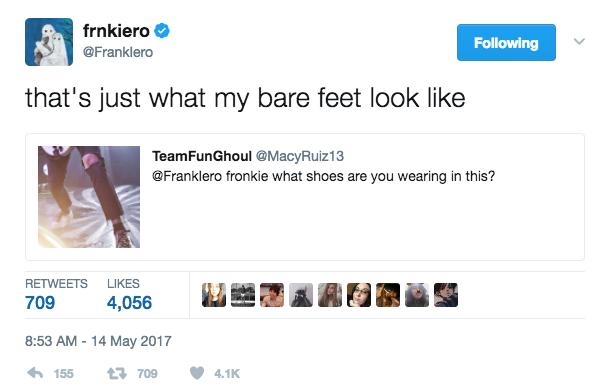 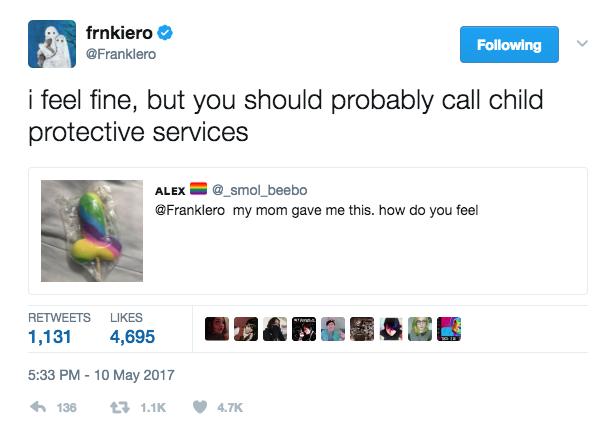 3) If Frank says that's how it is spelt, then that is the correct spelling. 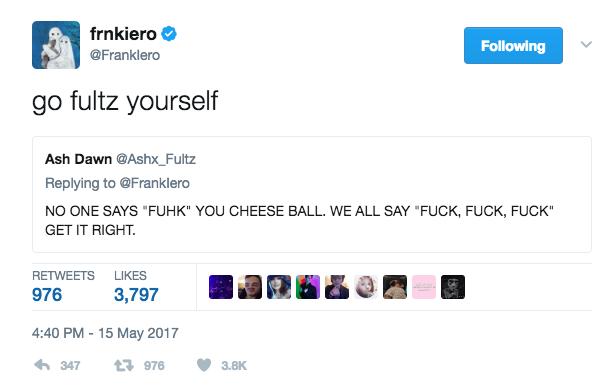 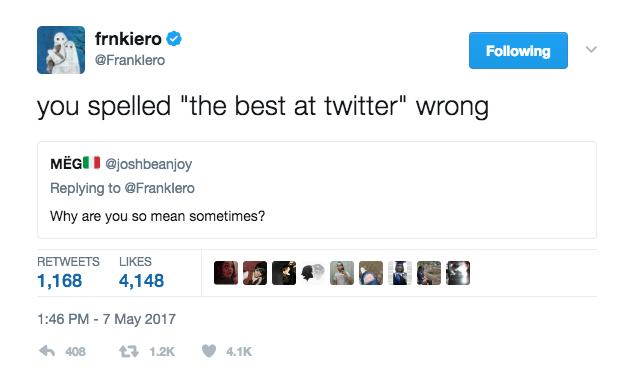 5) Really? How did you not get the joke? 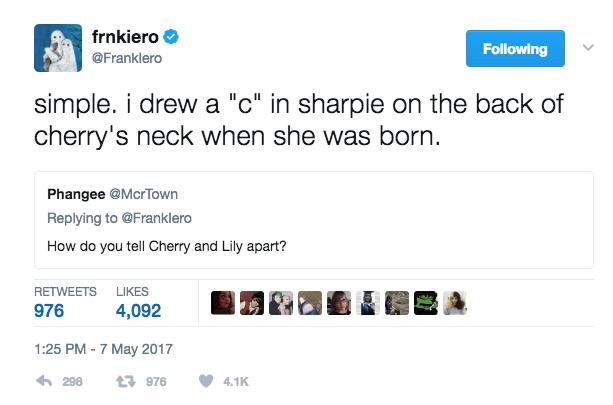 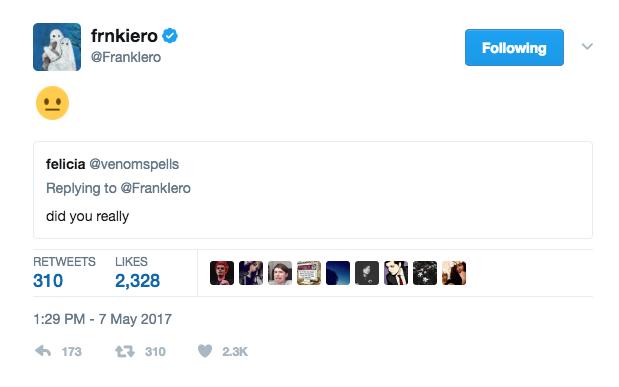 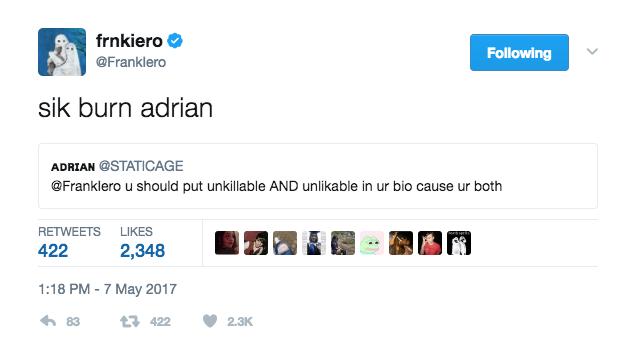 7) If the man suggests a band name on Twitter, it becomes his legal property. Fact. 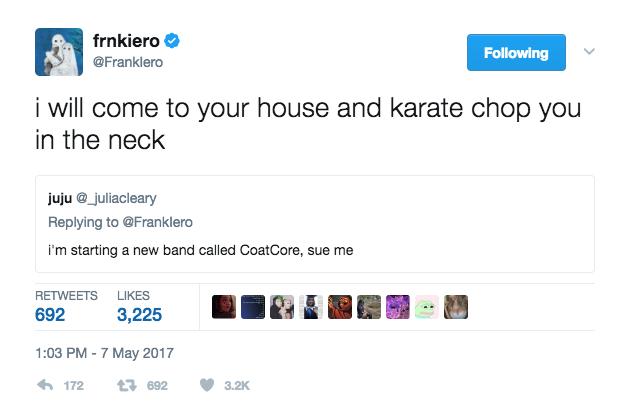 8) Officially not a monster. 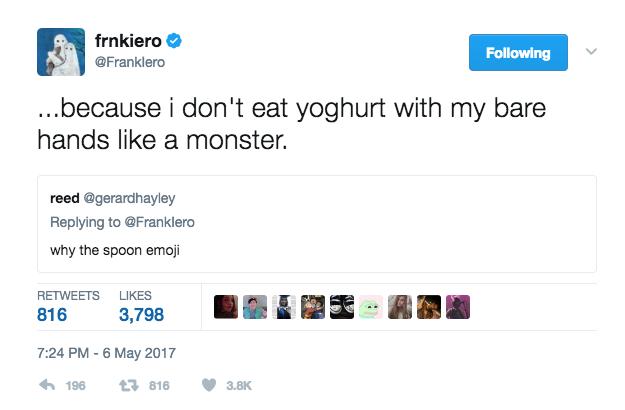 9) If you listen closely, you can hear the sound of George Lucas softly crying himself to sleep... 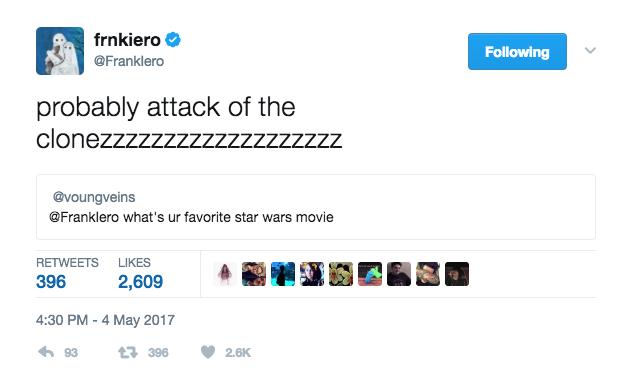 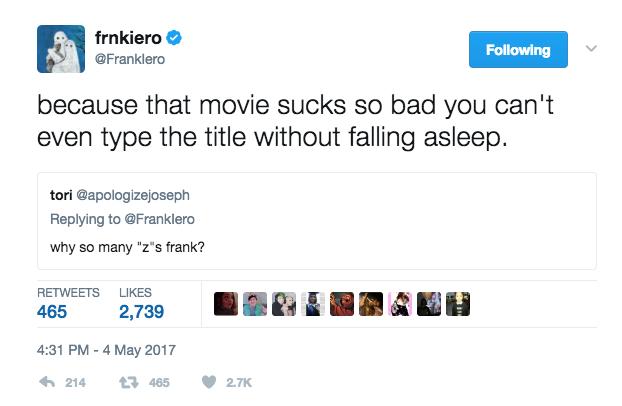 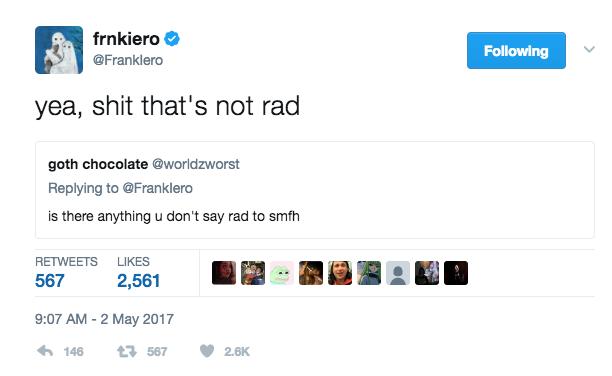 11) Bad time to mess up your spelling. 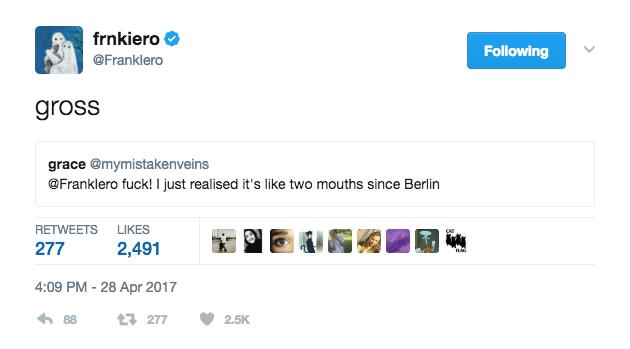 14) And, finally, this masterpiece: