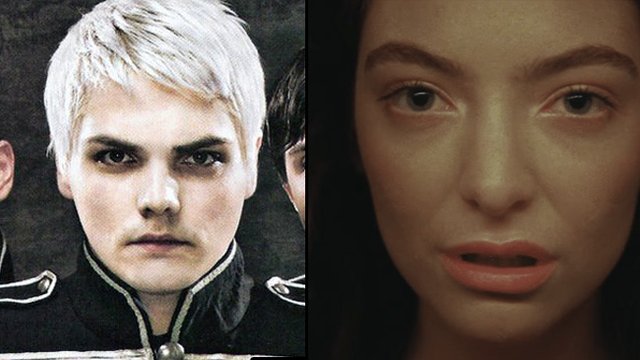 Lots of fans on social media have spotted a major similarity between 'Liability' and a classic MCR track...

Lorde dropped her new track 'Liability' last night (March 9th) and ever since, fans of My Chemical Romance have been taking to social media to point a major similarity with 'Welcome To The Black Parade'.

The song, taken from Lorde's upcoming second album Melodrama, is a stripped back piano ballad with a clear Bowie influence and a beautiful singalong chorus that will definitely be a major hit live.

But many fans have already pointed out that the chorus sounds very similar to the introduction of MCR's 2006 single:

Anybody else getting some My Chemical Romance "Welcome to the Black Parade" vibes from @lorde's new #Liability song? No? Just me? Carry on.

Lorde's "Liability" is strikingly similar to My Chemical Romance's "Welcome To The Black Parade."

Its bringing back a lot of HS memories

Doesn’t the Lorde song 'Liability sound like a stripped back version of 'welcome to the black parade' by my chemical romance?

Both great songs - but do they really sound that similar?

You be the judge!

Listen to both Lorde and My Chemical Romance below and let us know what you think: