Mikey Way Opens Up About Addiction & The Final Days Of MCR 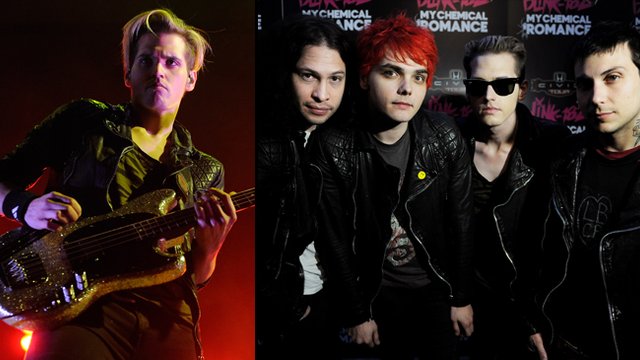 In a new interview, Mikey speaks openly about his struggles with addiction and what went down in the latter days of My Chemical Romance.

Former My Chemical Romance bassist Mikey Way has spoken out about the latter days of the band and his personal struggles with addiction at that time.

Mikey chatted to Billboard about his current musical project with David Debiak, Electric Century, who released their synthy debut album For The Night To Control last year, when the topic of his former band was raised.

For the first time, Mikey spoke in frank detail about his struggles with narcotic abuse around that time:

"The band ended, and I was going through a divorce at the same time. I do the most stressful things in clumps. The way I knew how to deal with that, through life, was to self-medicate so that’s what I did. The tail end of My Chem was so dark for me—I was in a fog. ... I was trying to stay up and I was failing. I had always self-soothed through narcotics from an early age."

Thankfully, Mikey sought treatment and came out the other side much healthier and happier.

Also, interestingly, Way revealed that MCR hadn't initially intended to break up - at first, they all just wanted to take a break:

"If anything, I thought we were taking a break. I thought, 'Now is the time because we’re taking a break.' Eventually we all decided it should be more than a break. We initially thought it was going to be a break, then we all did some soul-searching and decided, 'No, this is definitely the end.' "

The various band members, of course, remain in touch and have all found their own areas of success in recent years, whether through solo musical projects or, in the case of Gerard, even comic writing.

Electric Century's album For The Night To Control is available now.