Is This MCR Remix Of "The Black Parade" The Worst Thing To Happen In 2016? 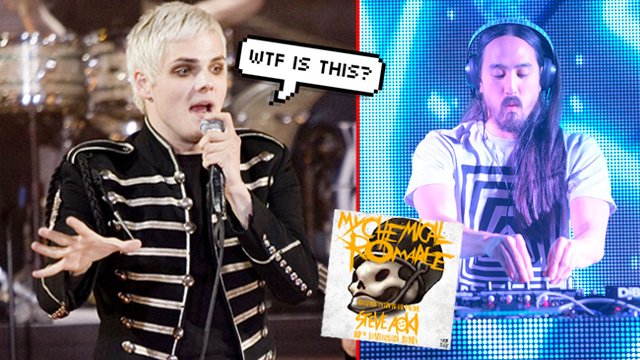 2016 has been a properly rough one hasn't it? Between Trump, Brexit and Jared Leto's Joker, this year has just kept throwing an endless stream of sh*t our way with no end in sight. Thank god it's all nearly over right? Nothing truly horrible could hit us now surely?

Enter Steve Aoki who, for some unknown reason, decided it would be a great idea if he did an EDM-style re-working of "Welcome To The Black Parade" by My Chemical Romance. And the results are enough to make us never want to hear those iconic piano notes ever again. 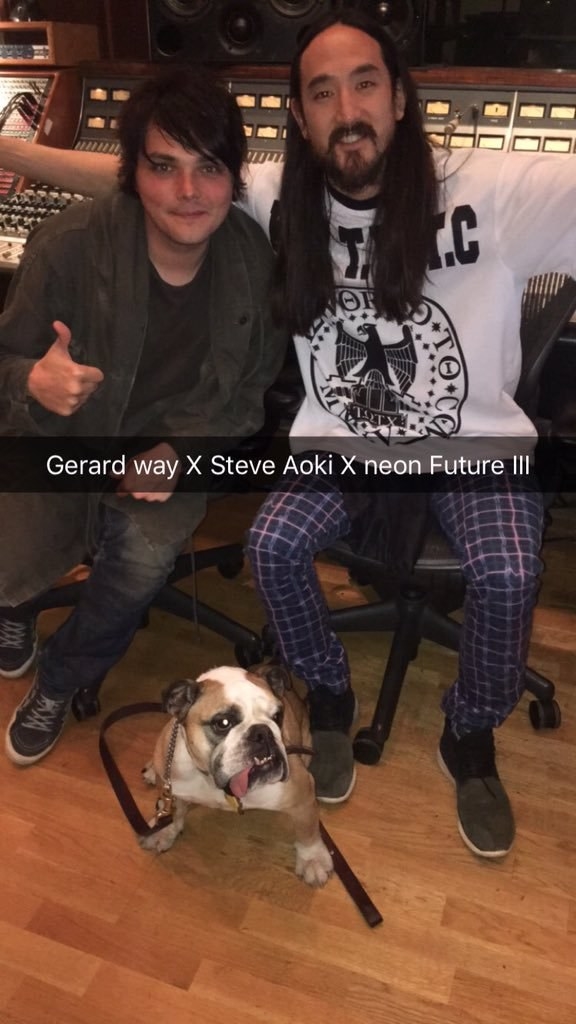 Big Steve is of course delighted with his handy work, posing in a pic for Snapchat next to the ghost of Gerard Way like the captain of the football team on prom night, oblivious to the fact that he's just peaked in life and it's all about to go swiftly downhill.

All the great bands, they always have a song that has the weight that “Black Parade” has — this is a song that’s not just representing My Chemical Romance, it represents an entire culture. This is absolutely one of the most important songs of our generation. I’m just happy that the 10-year anniversary came out and I was lucky — honored — to be able to work on it.

Pipe down Steve. You've got us seriously worried now about the next 5SOS album you are supposedly working on - keep your hands off our pop punk bands!

Oh, sorry, what's that you say? Steve's remix of this MCR classic can't possibly be as bad as we are saying? Well then, you asked for it...

In fact, there are so many things wrong here that we are gonna need a full analysis. Let's run through this travesty minute by minute shall we? All 3 minutes and 30 excruciating seconds of it.

0.01: Whooshy intro. Ok. We might be able to get on board with this nonsense after all.

0.03 - 0.25: And there's good old Gerard. You know what? This is actually reasonable. I mean, the backing is a bit too much like latter-day Coldplay when they try and pretend they go out clubbing but still, not bad.

0.50 - 1.08: What in the name of Frank Iero is this nonsense? It doesn't even sound like it's in the same key. This would not bang in the club or in the moshpit.

1.14: Who's robot voice is that? And why has he suddenly popped up like this? Be gone!

1.52 - 2.15: Remember when you went on holiday to that really grimy resort in Spain with your mates just after you left school? And you all spend 80 Euros on passes into that terrible foam party full of the type of rugby-playing goliaths in tight v-necks who used to make fun of your hair in Biology class? With the bar that exclusively served vodka and that cheap European imitation red bull with the farmyard animal on the can? Well, remember the DJ there with the mullet hairdo, wearing the oversized sunglasses indoors and the t-shirt that said "Federal Boob Inspector" on it? Even he would've given up playing this sh*t 30 seconds ago.

2.59: Oh good, the beat's about to drop again. It's only happened twice at this point, we clearly need a third time to really appreciate the subtle musicianship on display.

3.27 - 3.30: Silence at last. Blissful silence. Normally we'd get annoyed at a track that ended so abruptly but these three final seconds feel like a true blessing.

Thanks again for that treat Steve - you've made the most 2016 version of MCR we could ever imagine.

Think we've got it wrong? Big fan of the remix? Let us know your thoughts below.

James Charles lost 80,000 followers after posting a photo of himself tucking

Does Max die in Stranger Things 4? Does she have powers?

Stranger Things 4 soundtrack: All the songs in Volume 1