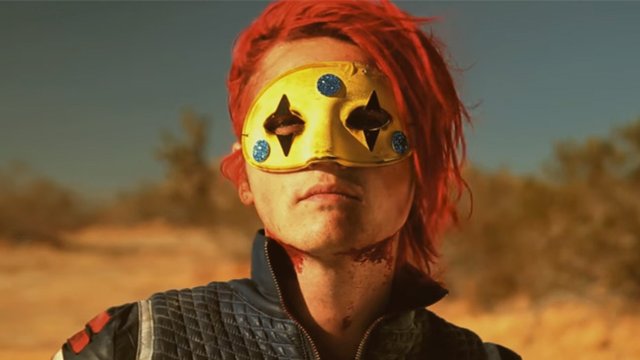 A blast from the past.

Do you remember Show Pony?

You know, the guy in the polka dot leggings and a space helmet?

The character made an appearance in the videos for MCR's "Na Na Na" and "Sing".

There was also a few appearances at fun events like this record release show. Look at him go!

Well that person was Ricky Rebel.

He actually has a long history in pop music, having been a member of 90s boyband No Authority. They weren't particularly successful but you might remember '"Can I Get Your Number".

LOL! Well now he's releasing music that's radically different from No Authority or MCR. "Star" is a house-ballroom styled pop track which has been getting some attention, including a big feature on LA Weekly.

Werk! He also likes to cover David Bowie every now and again on his Instagram.

As for his time working with MCR, Ricky recalled that, "Gerard Way told me I had the best ass he had ever seen." Cheeky! We're not sure if Ricky's music is going to be big with most MCR fans but we thought we'd share anyway. If you like what you hear, make sure to check out Ricky's music over here.