The JoBros Partially Reunited And It Was EVERYTHING 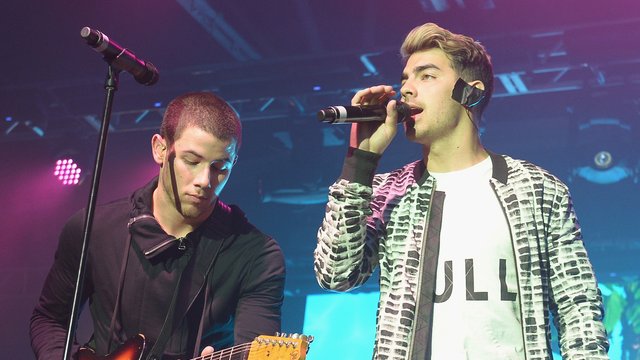 We're still burnin' up for you, baby.

While everyone was shaking and crying over the Super Bowl over the weekend, another magical thing occurred. Something so momentous and important that we feel that it should get it's own international holiday.

It may be three years since the JoBros decided to call it quits as the all singing, instrument playing fraternal teen dream-team, but as Nick and Joe showed once you're brothers you're all in this together.

So when did all this Jonas magic go down? Well ahead of the Super Bowl, walking muscle machine Nick Jonas was performing a warm up set for sports network ESPN where, according to MTV, he performed some covers. He was then, bang in the middle of his set, joined by his brother Joe and his band DNCE to perform total banger "Cake By The Ocean" (which y'all can hear on the PopBuzz stream, fyi). Nick even sang back up and played guitar.

Want proof? Here it is:

Joe and Nick performing Cake By The Ocean at the #ESPNTHEPARTY pic.twitter.com/Kg262I4xfL

We're totally digging "Cake By The Ocean" and Nick Jo's solo stuff, but we also feel like this performance could kick off some justice - the band could finally finish up what they started (even with Kevin), and re-release "First Time". What a banger.