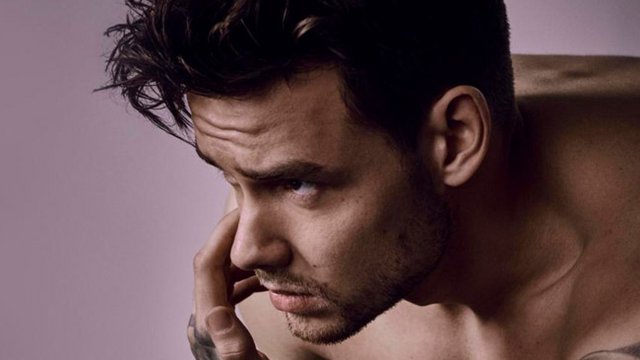 Liam Payne, the last of the One Direction boys to release solo material, finally released his debut single today called 'Strip That Down'. It can be best described 2005-era Justin Timberlake banger and, honestly, we fucking love it.

One of it's many virtues is the heavy usage of rap and RnB music cliches, which given Liam's boyband history is kinda hilarious. It's literally got all of them. And considering we've got nothing better to do this morning, we thought we'd list them off.

We're only a few seconds in and we're getting our first 'yo yo'. This signifies that Liam is now very 'street' and 'urban' and you can bloody forget he ever sang a soppy ballad like 'Night Changes'. He's moved on now, okay!?! This is music for thots and if you don't like it you can buggar off.

He means Greatness but it was probably Justin Timberlake's guidebook on going solo.

This line is included so you understand Liam is a big boy now who does big boy things like drinking alcohol. Honestly, what a rebel.

Another big boy activity: cars. I'm dubious to how practical an F1 car would be when it comes to fitting a child seat. Perhaps you can strap one to the back?

Despite the fact that he's literally just been bragging about his Ferrari, Liam also needs you to know he's #humble and will consider getting with a poor person should the circumstances arise. Liam's sense of charity literally knows no bounds.

6. "Yeah, you opened up my heart and then you threw away the key"

I mean, he literally just met this chick in the club but ok whatever.

This one is from Quavo. I have a question though, has anyone ever been in a club when it's actually been shut down? Not being funny but wouldn't that kinda suck? That's the last thing I want when I'm bopping to 'Strip That Down' after a couple of Bacardi Breezers.

Another gem from Quavo. We assume he means she CONSENSUALLY AGREED to leave her boyfriend with you. Otherwise that's straight up rapey.

Campaign to make 'Strip That Down' the song of the summer starts NOW! #UsedToBeIn1DNowImFree