Who Is Harry Styles Singing About On “Carolina"? 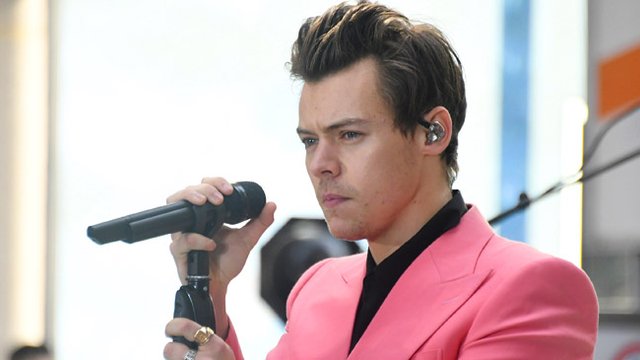 Everyone is talking about who the mysterious girl in "Carolina" could be and we've cracked the case.

After waiting for what felt like a million years, last Friday we finally got our filthy mitts on the Harry Styles record and it was NOT what we were expecting. And that’s probably a good thing. Who wants to be predictable, right?

One thing we did predict to be true was his fans pouring over every lyric for clues about Harry’s love life and it seems like the Harry fandom has become particularly obsessed with finding out who ‘Carolina’ is about. And, honestly…

So who is this girl that’s taken Hazza heart? Well, our investigation began when Harry appeared on Radio 1 last week and was directly asked who the song was about.

Harold gave the most evasive answer he could “a girl from Carolina”. Bissssh please!

What Hazza had forgotten was that prior to that interview he had confirmed in the ‘Behind The Album’ documentary that the girl's name is in the song, which we assume would be ‘Townes’.

Here are the lyrics if you need reminding.

So who is Townes from Carolina? Well you can always trust the 1D fandom to get to the bottom of the case. They believe it to be a fan called Townes Adair Jones, although no one can confirm where or when they met.

If you've been here for a while, you will REMEBER these pics. GUYS THIS IS HER THE FAN HE RAN INTO IS TOWNES AKA CAROLINA pic.twitter.com/bVYkWcN3sz

Fans have become obsessed that it's written about this girl and there's been a lot debate about her age, when they met, and the nature of their relationship. However, most of this is based on rumours. We don't even know if this a real person.

This has lead to some fans, quite rightly, questioning why Harry would write a song about a random fan he met? Sure, we’d all love that but let’s be real, most of us are trash and he’s got better things to be getting on with. We’ll come back to this in a bit…

The next clue, also revealed in the Radio 1 interview, is that Townes’ father was apparently the one who found out that the song was written about her, after watching his performance on The Today Show. He told Townes, who then messaged Harry about it. Hmmmmm... doesn't that seem a little weird to you? Do we really believe her Dad found out first? Or, if she was just a fan, why would they still be in contact? We're not buying this "fan" business one bit.

There was also a theory about the song being about cocaine. This mostly revolved around the lines “she feels so good’ and “she’s gets into parties without invitations”. Also, people seem to think ‘girl’ is slang for drugs. I mean, I don’t know what parties those people have been going to but I have never in my life heard it called that. Besides, I’m sure Harry has never done drugs in his life….right?

I have a different theory, although it might sound a little cynical, but stay with it.

One Direction’s songs were specifically written with teenage girls' fantasies and desires in mind. ‘What Makes You Beautiful’, ‘You & I’, ‘Perfect’ aren’t about real people, they are written about fictional girls, 'the girl', who fans could pretend they were the love interest for. Is it beyond the realm of possibility that ‘Carolina’ is the same thing?

I think Townes is, in fact, a fictional girl. The song is not about Harry falling for a fan, rather, it’s about fans wanting songs written about them. I mean, that would be the ultimate scam, right? Get the fandom shook that’s it a fan, so they talk about the song more and, by virtue of believing it’s about a fan, believe that one day Harry might write a song about them too.

Perhaps we're looking into it too deeply but it's better than it being about a fan or drugs. Unless he's just changed the names and places and it has been about Taylor Swift all along. Nahhhh, we wouldn't do that...would he?