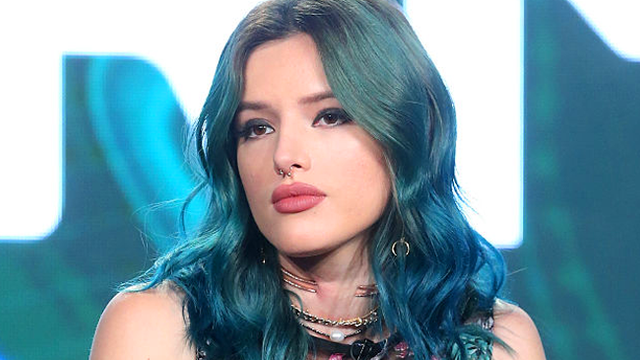 A lot of people on the internet love to hate on Bella Thorne. She revealed recently that the online bullying she had been receiving after breaking up with an ex-boyfriend got so bad that she started getting death threats. (JFC, that's not ok is it?)

Unfortunately, Bella has just been subject to another bout of rude and offensive comments, this time from One Direction fans who kicked off after noticing that she left a ONE WORD comment under Louis Tomlinson's latest Instagram post.

A few days ago, Louis posted a snap of himself with a new girlband that he is now managing alongside Simon Cowell. Don't they all look great?

Anyway, everything was amazing and lovely in the comments section until Bella Thorne liked and commented on the picture, typing a simple "Awww". 0.2 seconds later, Louis' comments BLEW up with hateful messages toward Bella from the 1D fandom.

Comments ranged from the usual "@bellathorne delete this" to disgusting slut-shaming quips with some even throwing a few violent threats her way. The beef spilled over to Twitter soon after.

@halfmoonlouis what did she say? omg i want to cut her head off of her body

I was confused why Bella Thorne was trending and then I realized she commented on Louis picture pic.twitter.com/A5iHtTvmZK

Ok how about no Bella Thorne, you already messed with Tyler Posey, stay away from Louis Tomlinson, ok? Ok. pic.twitter.com/Et4sd2H4Nd

Bella Thorne is such a leech, and I hope she stays away from Louis'. She just wants someone to mess around with.

Bella Thorne better get her cheating, gross, ass back to her own lane or else there's gonna be a problem. He's taken hun...nice try though pic.twitter.com/HEBNVPdJ5p

There were a few fans that were tying to diffuse the situation, pointing out that the majority of the fandom were overreacting but the comments continued to pour in.

Exaggerating over Bella Thorne's comment on Louis picture is pathetic.. there's nothing wrong with that & tbh y'all giving us a bad name

There's been no word from Louis yet about the whole situation but Bella DID tweet a cryptic comment that seemed to address the mess.

Hahahahaha got your panties all in a bunch me being a little pot stir as usual #littledevil let me live my life yo!!! Go live yours.

Regardless of how much "drama" you think Bella likes to make, there's really no excuse for sending messages as horrible as violent threats and slut-shaming comments. Cyber-bullying isn't ok, full stop. 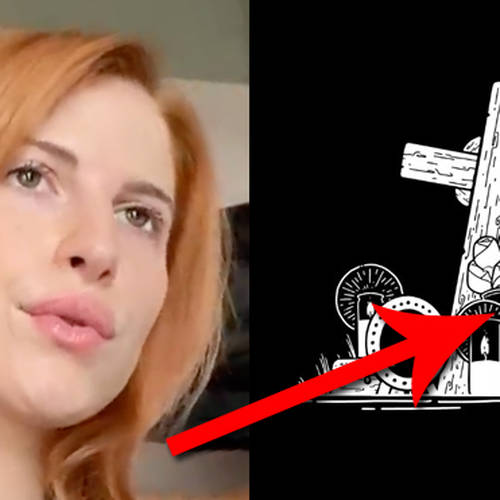