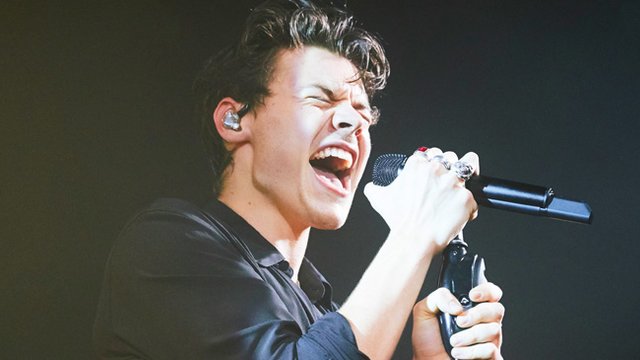 Not a bad way to celebrate his first solo album topping the charts.

Harry Styles had a pretty good weekend by the sounds of it.

His debut album, Harry Styles, debuted at no.1 spot on both sides of the Atlantic with 230,000 equivalent album units shifted in it's first week alone in America, 193,000 were traditional album sales. That's nearly 80,000 more than Zayn when he hit the top spot last year with his first solo album.

And if that wasn't enough, Harold got to perform with Rock n Roll royalty Stevie Nicks at the iconic Troubadour venue in LA.

Stevie Nicks, as I'm sure you're aware, is the frontwoman of Fleetwood Mac, and she joined Harry on Saturday night to perform two songs together. First of which was "Two Ghosts" from Harry's solo album and the "Landslide", a Fleetwood Mac classic.

Harry told the crowd, "If there was any doubt, I'm pretty sure I'd like to confirm, in my entire life, I never thought I'd be able to say this: Please welcome to the stage, Stevie Nicks." There were even some tears as he finished up "Landslide". Awwww! Watch the adorable video below.