Harry Styles Has Been Accused Of Stealing ANOTHER Iconic Song But Can You Hear It? 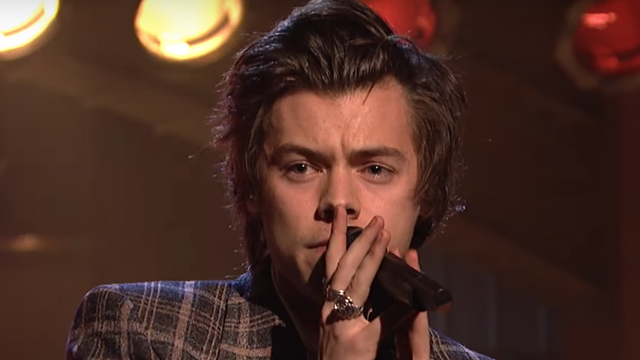 Can Harry Styles enjoy his solo career in peace without people accusing him of plagiarism after every single move? SPOILER: No. And it's a crying shame.

Harry dropped the third single from his debut self-titled album, 'Sweet Creature' a few days ago. It's a stripped back ballad with only his voice and guitar and it sounds quite nice actually. But after it dropped, fans were quick to call him out for "stealing" from The Beatles and their 1968 song 'Blackbird'.

Apparently, they think the opening guitar riff is an exact rip-off and they aren't having it.

Actually kinda like the new Harry Styles song, even if it is one big rip off of Blackbird by The Beatles…

Me listening to #SweetCreature but knowing it really sounds a lot like Blackbird by The Beatles pic.twitter.com/h06goo2GKP

the beginning of sweet creature sounds like blackbird by the beatles kinda? or is that just me

While the song does admittedly sound a loooooot like 'Blackbird' (The Beatles are one of Harry's musical influences after all), it's not as dramatic or obvious as the guitar riff on 'Ever Since New York' which was identical to the famous Badfinger track 'Baby Blue' to be fair. It's just another annoying dent in Harry's solo career.

The comparison has split PopBuzz HQ but what do you think? Here's Harry Styles' 'Sweet Creature'.

And here's The Beatles' 'Blackbird'.

And your verdict is?