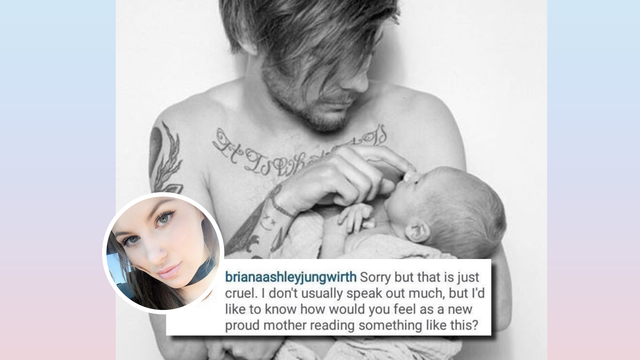 When will Larry shippers find some chill?

So there is this conspiracy theory floating around the dark web (when I say "dark web" I mean the Larry fandom). The theory goes like this: Louis Tomlinson recently had a baby with good friend Briana Jungwirth...or did he? If we're to believe the Larry zealots (people who believe Louis Tomlinson and Harry Styles are an item), young Freddie Tomlinson doesn't actually exist and the pictures of the newborn that Briana Jungwirth has been posting to her Instagram are actually of a doll.

Yep. People who believe this theory actually walk among us in plain sight.

Well, no doubt Briana has been the subject of everything from run of the mill cyberbullying to actual threats since it was revealed she was having Louis' child.

Now that she's had the actual kid, people still won't stop with the Larry shipping, and are adding the extra layer of weirdness that is denying the existence of Freddie. MTVNews, likely unable to resist the lure of a good One Direction conspiracy theory, posted a Larry themed meme to their Instagram page and it did not go down well with Briana. 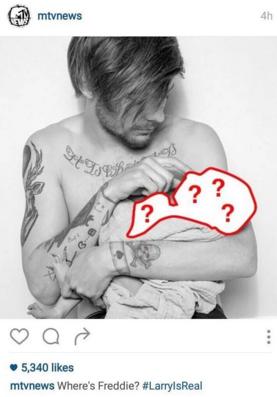 The joke here is that Freddie is a doll/just fake in general, and Briana and the "baby" are next level beards to cover up the secret Harry Styles love affair and OH MY GOD, do people actually believe this?

So Briana jumped in because, of course she did. Who lets a very popular news organisation call their baby fake? You don't sit in labor for hours just to have people say your child is a freaking doll. What a time to be alive.

As it turns out, we're not the only people who think it's strange to insinuate a human infant is actually a doll.

RIGHT. Larry shippers, repeat after me:
Louis Tomlinson and Harry Styles are not together. Freddie Reign Tomlinson is a real person. I will not drink the Larry Kool Aid. 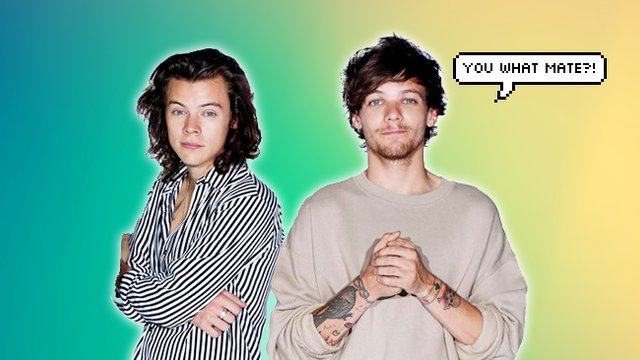