Girl Who Was "Attacked" By Louis Tomlinson Releases Statement 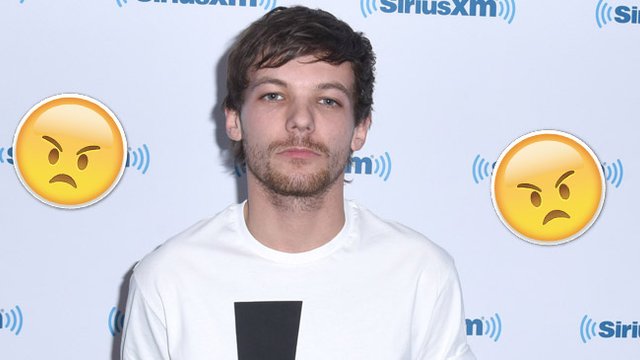 As you probably know by now, Louis Tomlinson was arrested at LAX airport on Friday night after he got into an altercation with a photographer and two young women who he claimed had attacked his girlfriend Eleanor Calder.

Shocking footage of the incident occurred on the internet not long after and, tbh, nobody comes out of it looking great.

all louis did was try to take his camera away and then he tried to defend eleanor, he didn't even hit anyone pic.twitter.com/3z3n8ItE91

The video shows Louis trying to push away the photographer and then falling to the ground in the struggle. Then, he see's Eleanor wresting with the girls and races over to intervene.

According to PopCrave, one of the girls involved in Ana Beccera and she has released a statement saying it was Eleanor who started the altercation by trying to take Ana's phone. 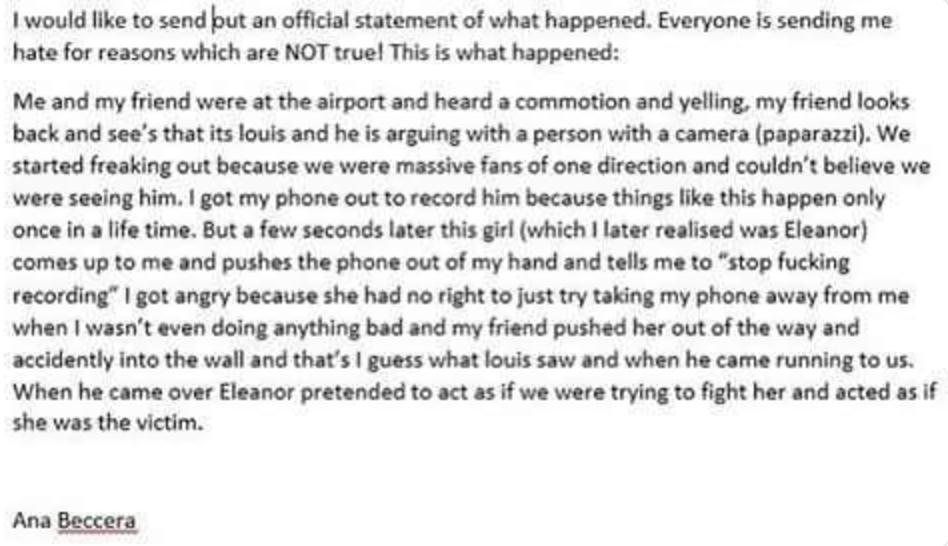 What a mess. Do you believe Ana or are you sticking with Louis?