Panic!'s Touring Members All Have Other Bands & Here's What They Sound Like 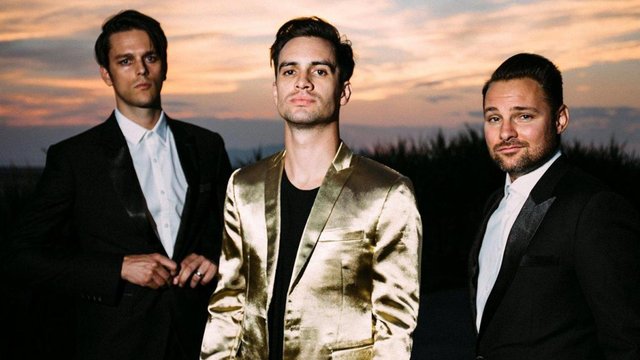 Now that the 'Death Of A Bachelor' tour is over, Dallon, Kenneth and Dan all have other musical projects ready to go.

It is no secret that in recent years the creative output of Las Vegas emo legends Panic! At The Disco has fallen solely to remaining original member Brendon Urie, the frontman taking on all songwriting duties and often lays down all the instrumental tracks in the studio himself.

But, when it comes to touring, it is a whole different story and the merry band of men backing Brendon across the world have become popular figures among the fandom in their own right.

And now, several of them are concoting their own creative and musical projects outside of Panic! that many fans are excitedly following online. Here's what they've been up to over the past few months:

The bassist has been playing with his mysterious new project, the lengthily titled I Don't How But They Found Me, alongside Falling In Reverse drummer Ryan Seaman. The pair have released a handful of songs and played a series of secret shows including at the famous Emo Nite event out in LA.

IDK, by Dallon's own description, is a "musical entity outside of its own time, one that, faded away into obscurity in the early 80s, and today, through the internet, sees its performances and recordings being rediscovered by a world that finally just might be ready for IDK."

Check out the single 'Modern Day Cain' below:

Cool shot from Brussels last night, I call this my "I hope I remember how to play this thing" face @nateconcertphotography

After dropping his last solo album, the brilliantly titled Will You B Minor, back in 2015, the guitarist has returned with a new EP called Patterns due out on November 10th.

The first single 'Something' is available now and, as Kenneth explains, it focuses on some big topics around love:

“In my experience love has rarely been a rational thing. This song is about following that little voice inside that defies rationality in the hope you will find a love more amazing than you ever could have imagined.”

Check out 'Something' below:

Quick look before I head out the door @visitgraceland

Rounding out the main touring crew is drummer Dan who previously released music back in 2013 with Mosey on the record The Way We Remember It.

More recently, he has been in the studio with the indie rock band Commonwealth Choir, posting a few exciting sound clips on his Instagram account.

Check out a quick glimpse of Dan's latest work below:

Been working on a little something with my friends in @jointhechoir

Carla Díaz: 11 facts about the Elite actress you need to know