Brendon Urie Opens Up About "Painful" Anxiety In Emotional Interview 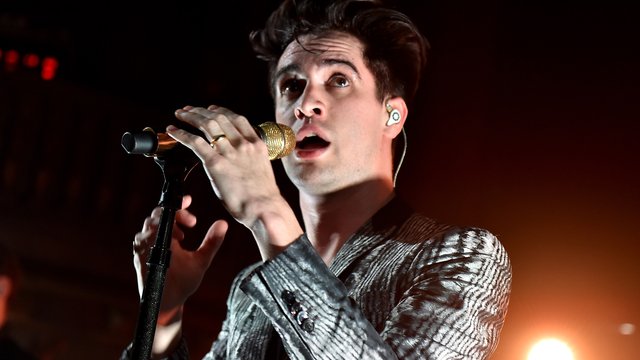 "It's So Painful I Can't Even Describe"

Panic! frontman Brendon Urie is the latest musician to speak out about his struggles with anxiety.

Currently in the middle of a European tour, Brendon spoke to Kerrang about his difficulties when approaching people in public.

If I saw someone that I admired, I would love to have that interaction. I never do, though, cause I’m an anxious fucker; but it’s really great to have that option. If I’m in an elevator and too many people get on, I’m like ‘Holy shit, get me the fuck out of here!

Always confident on stage and in interviews, Brendon goes on to explain the contrast between his frontman persona and his personal life, sometimes even struggling to cope when in a supermarket.

You would never tell on the surface but inside it’s so painful I can’t even describe… I start thinking of ways to take myself out! I can go to festivals and open spaces, but if I’m in a crammed room with a bunch of people, oh my god…It’s not even that there’s (too many) people there, I just get anxiety problems being in certain scenarios. Its probably ’cause I got lost at grocery stores as a kid- I just wandered off a lot, and I think that just traumatised me, so I don’t like going to the grocery store for too long!

Brendon joins the likes of Melanie Martinez, Halsey and Zayn who have spoken publicly in recent months about their own anxiety and how it has effected their personal and professional lives. Zayn was even forced to cancel a high profile performance in London this past summer due to increased anxiety levels.

You can get information on how to deal with anxiety on the official NHS website here.

Panic! At The Disco will play two sold out shows at London's Alexandra Palace this weekend (Nov 19th/20th).