Brendon picks his top 10 Panic! tunes and there's a couple of choices we did not see coming...

Panic! At The Disco frontman and noted hater of shirts Brendon Urie sat down with Team Rock recently to put together a list of his 10 favourite ever P!ATD tracks.

Some obvious choices were in the list - "I Write Sins" of course and the more recent Sinatra-inspired classic "Death Of A Bachelor" but two entries in the list caught our attention and raised a few eyebrows in the office.

Because among the usual Panic! set favourites of "Miss Jackson" and "Time To Dance" were two songs from...Pretty.Odd.

Yep, two of Brendon's favourite ever songs are from the 1960s inspired second album and yet they still NEVER get a live airing.

So which ones did he plump for? First up it's "Do You Know What I'm Seeing":

I remember writing this and watching Alice In Wonderland and ‘shrooming out of my mind, and being like, ‘Oh my God, I’m going to lose my mind’ and trying to put what I saw into words. That was an adventure for me, trying to be The Beatles.

It is, indeed, a trippy tune.

Then, next on the list was another hippy fave, "Mad As Rabbits":

This one started off as a really slow jam, we all got together to work on it and it grew into this. I jumped over to bass and we switched instruments between us which was really fun to do. How I write a bass part is like Paul McCartney writing a bass part, because he’s a frustrated guitarist and he writes guitar lines for bass. That was kind of what I was doing, and it was a a lot of fun.

So who knows, maybe we will see some more Pretty.Odd. live numbers on the next tour? Your move Brendon!

You can read the full list of fave songs here.

Panic! At The Disco return to the UK on tour this November. 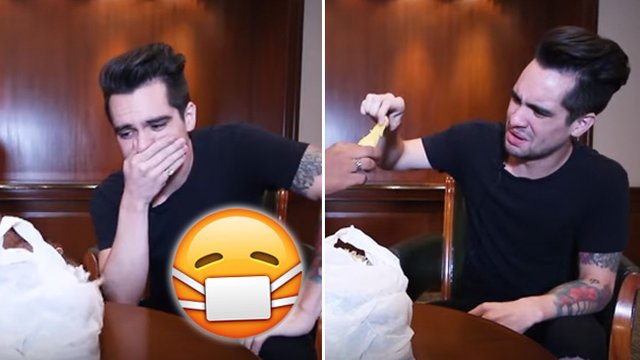