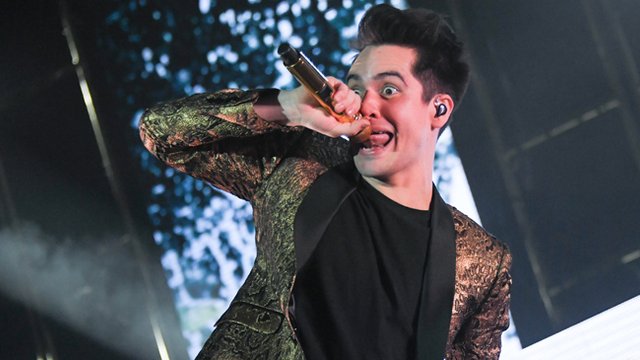 The Panic! frontman opened up in a new interview about the career path he would have gone down if the whole music thing hadn't worked out.

Brendon Urie could have gone down a radically different career path if he hadn't ended up in Panic! At The Disco, revealing his choice of pre-fame job in a new interview.

Brendon spoke to Hollywood Life as he wrapped up the US leg of the Death Of A Bachelor tour and when asked what he'd be doing if he wasn't in the band, he had quite the surprising answer ready:

"I would still play music, though it probably wouldn’t pay the bills. I actually almost quit the band in the very beginning right before we got signed. I was going to be a cosmetologist — cutting hair and doing makeup! Or maybe working for my dad as a land surveyor. I did that for six years and that sucked!"

You know what, we see it! And at least he's still putting those skills to use via Drisella. Not so sure about the land surveying though.

Brendon is set to embark on a new career move this May, appearing in the NY cast of Kinky Boots, making his Broadway debut in the role of Charlie. You can get tickets over on the band's official website here.