Brendon Urie On Manchester Attacks: "There’s Nothing That Makes Me Want To Fight Harder For Love" 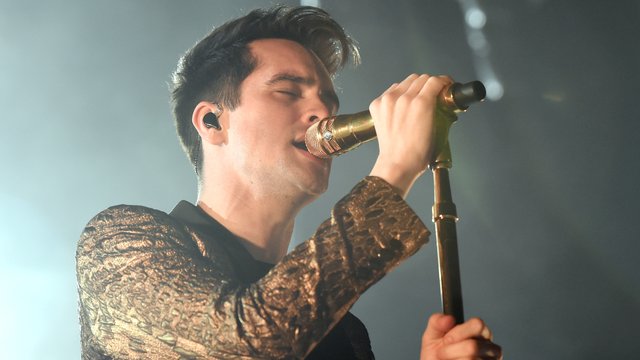 The Panic! frontman shared a message of love and unity in a new interview.

Brendon Urie has given a statement regarding the attacks in Manchester earlier this week in a new interview with Variety.

The Panic! At The Disco frontman was promoting his role in the Broadway production of the musical Kinky Boots when he was asked about his reaction to the events of this week. Panic! have, of course, performed in Manchester on multiple occasions, most recently at the O2 Apollo venue as part of last year's 'Death Of A Bachelor' tour.

Brendon, while of course as shocked as the rest of us by the attack, called for music fans to come together in the aftermath:

"It's horrible. It's tragic. But there's nothing that makes me want to fight harder for love than something like that. I only want to push further in terms of teaching people, 'You can let go of all the hate. You don't have to live in that world. Come hang out with us. Learn acceptance. Learn love. This energy, trust me, will save you.' "