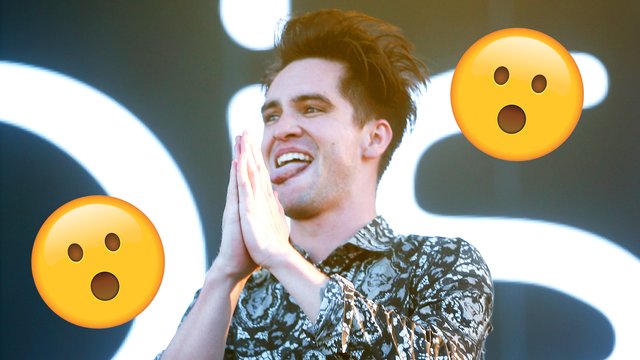 With only hours left of 2016 a miracle has happened and we have FINALLY been given some actual, real-life good news.

Who did it come from, we hear you ask? Well, it's our pleasure to reveal that it came from none other than Brendon Urie... and the news is this:

Panic! At The Disco are already working on their brand new album.

Brendon told Billboard; "Whether I’m writing a lyric or making a beat, every day I’m doing something. I never really stopped working, so I’m curious to do the sort of Frankenstein method now and see if I can pull all of these things to kind of jigsaw puzzle this [next] album. I’m just going to keep writing until that happens -- it seems like it’s going really well right now. There’s a few ideas I’m really excited to keep working on."

That's right, nearly a year after the release of 'Death Of A Bachelor', the frontman has us sitting on the edge of our seats waiting to hear what comes next.