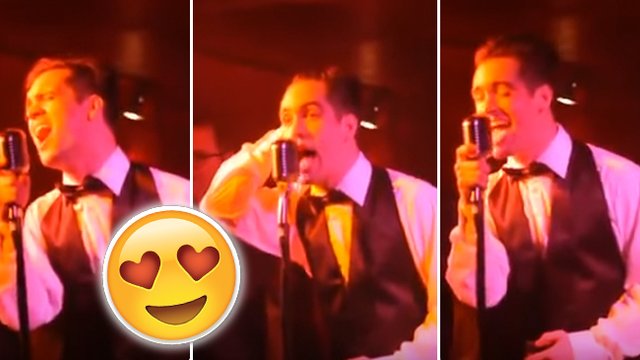 Throwback to when Brendon stormed a New York cabaret stage with his finest Sinatra impression.

Shirt-hating Panic! At The Disco frontman Brendon Urie has always made known his love of jazz, particularly the work of Frank Sinatra, even getting the man's image tattooed on his arm.

The jazz influence can be heard on his most recent album Death Of A Bachelor, both on the title track and closer This Impossible Year. But have you ever wondered would Brendon would sound like if he went FULL ratpack on a Panic! classic?

Well wonder no more as we uncovered some classic footage of Brendon performing at New York's McKittrick Hotel, running through a smoothed out take of "But It's Better If You Do". And it is LIT.

When we chatted back in January, Brendon revealed who he would include in his dream ratpack lineup:

Finger crossed for the album!

Check out Brendon going full jazz on "But It's Better If You Do" below:

Plus, he also dropped in a version of Sinatra classic "My Funny Valentine":